Home » Migration » Birmingham’s path to becoming a City of Sanctuary 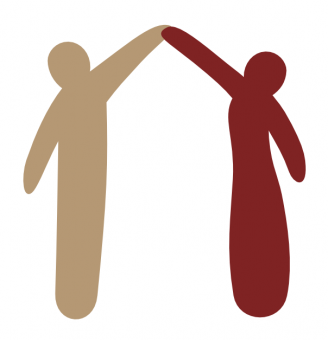 Great oaks grow from little acorns says Dennis Minnis, who traces the development of Birmingham’s campaign to become a City of Sanctuary.

The City of Sanctuary movement, although flourishing in a growing number of UK cities, is relatively unknown to many people in the voluntary sector and even less so among the general public.

This was certainly the case for us at the Piers Road Centre in Birmingham when just over a year ago Indrajit Bhogal, one of our volunteers, mentioned that a relative had pioneered the idea in Sheffield in 2007. After outlining the basic concept she ended rather challengingly with “….why don’t we start one in Birmingham?”

Enquiries revealed only Shari Brown of RESTORE and former head of the city’s Wardlow Road Centre for Migrants, Adrian Randall, knew anything about it, but both were keen to join us in an initiative. Within a few weeks we found ourselves taking the lead for what hopefully will turn out to be a flourishing branch in Birmingham.

The national website shows what is happening elsewhere and the stage participating cities have reached. In Birmingham a series of meetings attended by an increasing number of enthusiasts, has distilled a draft strategy to move forward simultaneously on three fronts in order to develop support:

1. Raising awareness and improving public understanding of forced migration in order to generate more welcoming responses to newcomers. The Birmingham group’s existence is a start and telling people about our purpose will begin to spread the word, but there is a job to do using all available media to educate the public about issues such as forced migration. We have prepared a leaflet to make people think about the idea of welcome and are developing web pages and details of opportunities to participate as we identify more people interested in the concept.

2. Encouraging community organisations to take actions which generate a welcome or recognise the contribution that migrants make. Engaging with existing welcome groups will help us to move forward and perhaps help them to expand their volunteer base. We are seeking to expand a group of people who are able to visit and make presentations to community groups and to this end are preparing a basic presentation that can be used ‘off the shelf’. Such visits would provide an opportunity to let individuals and groups sign a pledge of support.

3. Seek public support from large organisations for the City of Sanctuary principles, whilst assisting them to examine their policies and practices from this welcoming perspective. Starting with large voluntary organisations such as Housing Associations and commercial organisations that espouse social responsibility we should gain formal support and help those organizations to take steps to be more positively welcoming to migrants. So a pledge should include action that an organisation will publicly sign up to.

The accolade for individual city of sanctuary branches is when their respective local authority passes a formal resolution proclaiming itself to be a ‘City of Sanctuary’. To this end we are maintaining close contact with Birmingham City Council to achieve such a resolution.

In this respect we have a major ally in Councillor Waseem Zaffar, Chair of Birmingham City Council’s Social Cohesion and Community Safety Overview and Scrutiny Committee. Coun. Zaffar has been a keen supporter of our efforts, and at a meeting of the city council on 5th February this year the council passed the following resolution put forward by Coun. Zaffar’s committee: ‘The City Council should explore the appetite to achieve City of Sanctuary status with organizations across the city, and strive towards gaining this title if supported’. Officers have been instructed to deliver a preliminary report back to the council for September this year – and we are now working with city officers to meet this timescale. Great oaks grow from little acorns, and we believe good progress is being towards establishing Birmingham as a City of Sanctuary.