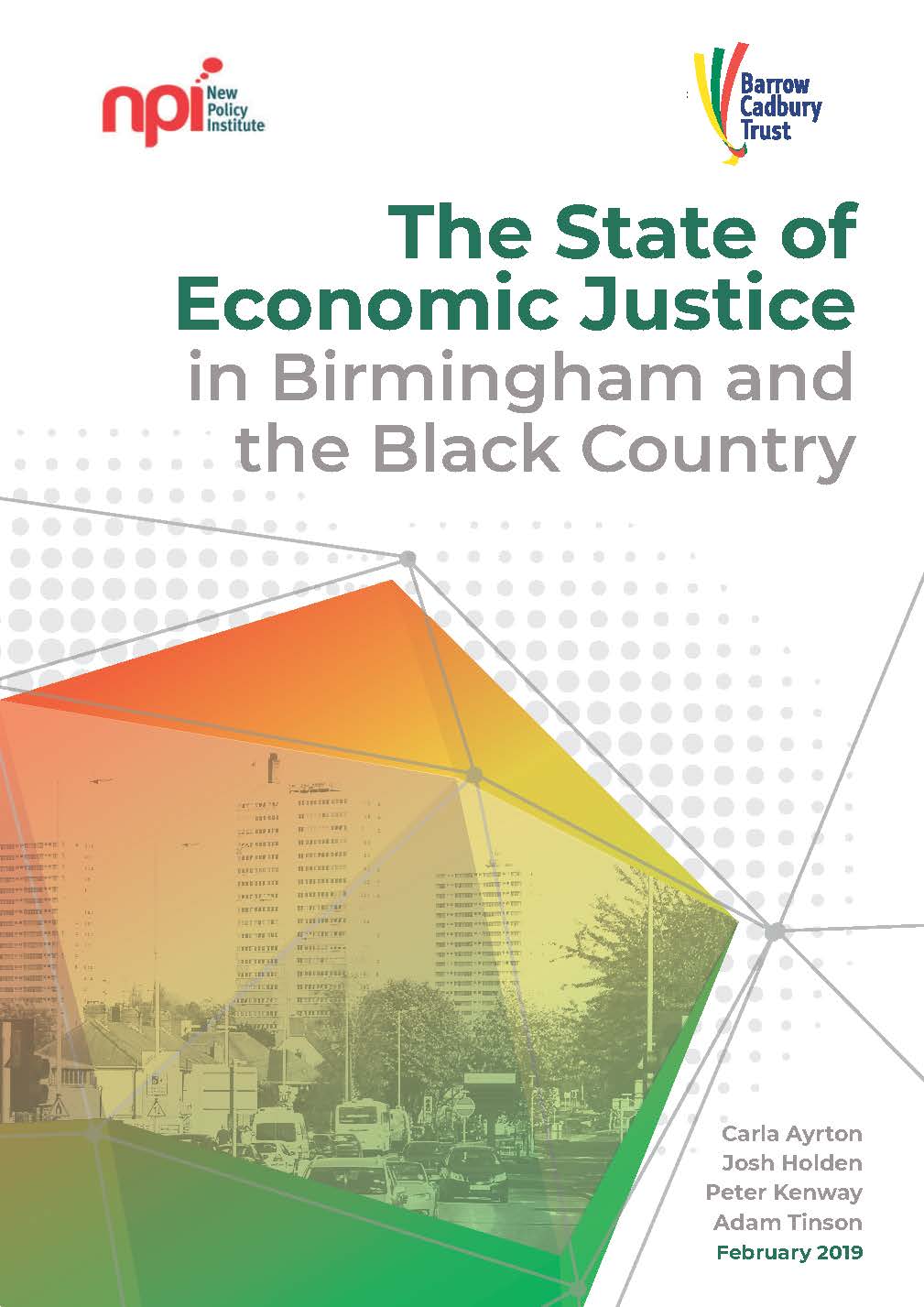 A new report by the New Policy Institute (NPI) and Barrow Cadbury Trust ‘The State of Economic Justice in Birmingham and the Black Country’ paints a fresh narrative and analysis of data on the population of Birmingham and the Black Country, focusing on household resources, employment, skills and wages, levels of deprivation and housing and homelessness.

Like many other local authorities, Birmingham, Dudley, Sandwell, Walsall and Wolverhampton have struggled in a period of cuts. These budget cuts have affected the delivery of services and child poverty has risen.  Working-age poverty rates have risen as well as in-work poverty – 33% of households in Birmingham and the Black Country are classed as ‘mixed’, with only one employed adult. And the level of working age residents aged over 25 in Birmingham (50 %) and the Black Country (58%) with low skills, militate against increasing labour productivity.

Peter Kenway, one of the report’s authors and NPI’s Director said: “Birmingham and the Black Country face problems around employment, deprivation and housing as bad as anywhere in England. Central government policies, for example on social security and local government funding, deepen these problems and hamper locally-led responses. Big inequalities within the West Midlands, notably between the weakness of the Black Country economy and the economic strength of Coventry and Solihull, should be a top priority for the elected Mayor”.

Whilst it’s hard to ignore the massive gaps between this region and other parts of the country such as the South East and Manchester, the information in this report will help local authority leaders and private, voluntary sector and social enterprise partners to better understand the gaps and where to focus energy and resources.

Opportunities presented by HS2, the 2022 Commonwealth Games and other enterprises and business – many relocating from the South – will bring economic growth and prosperity to the region but, the authors of the report argue, should be forged through a lens of fairer and more inclusive economic growth. This is already in the hearts and minds of city leaders – the Inclusive Growth Unit within the West Midlands Combined Authority offers opportunity for co-operation and partnership around skills development, industrial growth and employment matched to areas of need.

Read a summary of the report.
Read the full report.