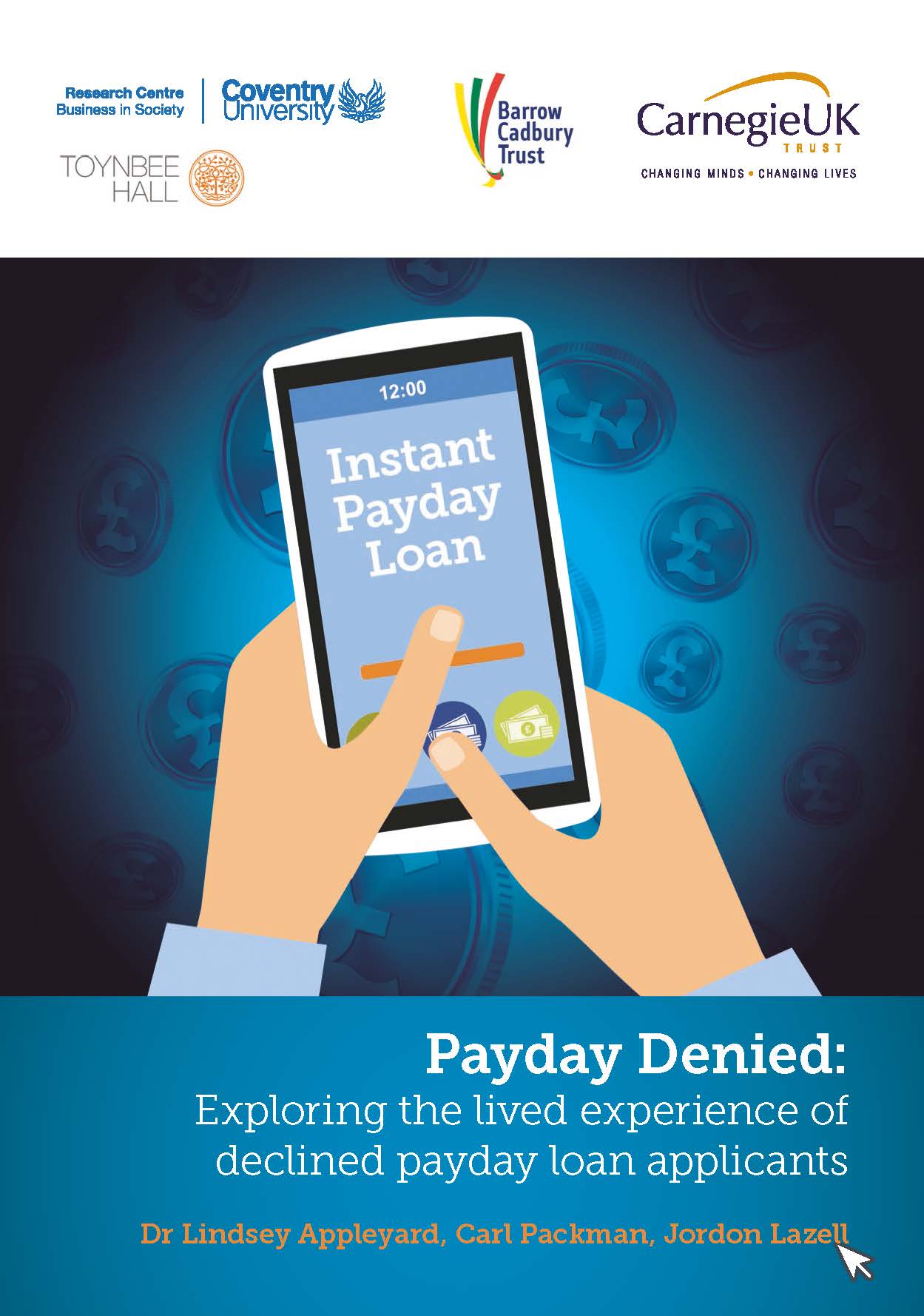 The collapse of the payday loan industry in the UK has led to more people turning to their friends and family for financial support, a new report The Lived Experience of Declined Payday Loan Applicants has revealed.

At their height in 2013 payday loan companies were lending £2.5bn billion to 1.7m consumers in the UK. These numbers fell to £1.1bn and 800,000 consumers in 2016 following the introduction of new regulations by the Financial Conduct Authority. Market leader Wonga went into administration earlier this year, Money Shop stopped issuing cash loans and other payday firms are also experiencing financial difficulties.

Now new research, based on interviews with 80 former payday loan borrowers across the country, has revealed where people who used to borrow from payday companies are getting access to cash.

The most common source of funds has proved to be ‘friends and family’ – with more than a third of those interviewed saying that after failing to access a payday loan, they instead borrowed money from someone they know.

Other actions taken by those declined credit from payday companies included cutting back spending in other areas in order to afford the item they wanted; going without the purchase they had intended to make; or seeking credit from another source. Tellingly, very few of the interviewees were aware of ethical credit alternatives, and only one person had any savings to fill back on.

The report, The Lived Experience of Declined Payday Loan Applicants, outlines a number of recommendations for action by policy makers: