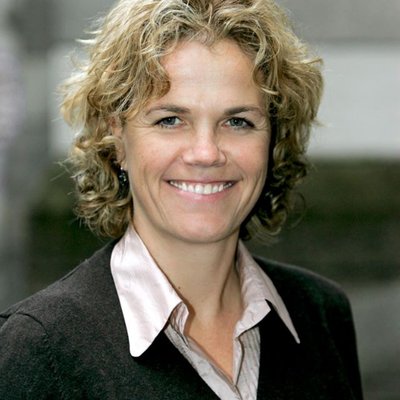 As LGBT History Month, with the theme ‘What have we learned?’, draws to a close, this blog comes from Denise Charlton, co-founder of Marriage Equality in Ireland.  As a trust, we support a number of LGBTI initiatives in our programmatic work, in our social investment portfolio and in our support for LGBTI sector infrastructure, including serving on LGBT Consortium’s grant panel.  In our centenary year Barrow Cadbury Trust is asking some of our colleagues and partners to write blogs for us.  This is the third blog of 2020 with many more planned.

In 2015, Ireland became the first country in the world to bring in same-sex marriage by a popular vote.  A referendum where 62.07% of the electorate voted in favour of the amendment to extend civil marriage to same sex couples.  This achievement built on years of activism which had succeeded in persuading the political system of the need to change our constitution and why  the question should be put to the Irish people. We learnt many things from the campaign and here are some of my take-aways.

Communicate across difference – we learnt that we had to answer the questions in the minds of the voters. We had to listen to what those concerns were and then answer them in a language that appealed to each particular audience. We learnt that people need to see the relevance of the issue within the context of their own experience, the need to connect the campaign goal to the lives of ordinary citizens. The job of the campaign was how to link the struggle with the concerns of regular Irish people. We took on a divisive issue, a minority issue, and made it everyone’s business – your child, your cousin, your friend and your colleague.  The campaign gave a glimpse of the kind of nation we could have, connecting with that basic human desire to achieve one’s better self.

Understand how attitudes are shaped and who we had to target and how. Our communications strategies were grounded on solid research that reflected the concerns, values and priorities of those we were trying to influence, especially the middle ground, undecided voter. The research was crucial in shaping the campaign’s message, tone and shape, to appeal to these voters.

Story telling was at the core – the campaign put personal stories at its heart. Exit polls showed the individual stories of those excluded from marriage equality played a huge factor in many people voting in favour.  In this age of digital democracy, we learnt that large numbers of facts can be overwhelming. With so much so-called “truth,” the influencing value of personal stories was key to cutting through the noise and distraction.

Messengers were picked for their ability to talk to the undecided.  These were complemented with surprising  messengers – those who people didn’t expect to hear – and they influenced and connected with the middle ground. We found “unlikely” messengers worked well.  We put a spotlight on the voices of “permission givers” like athletes, celebrities, faith leaders, the conservative parent of a gay son or lesbian daughter, and other role models, including the a former President of Ireland as a mother of a gay son.

We learnt to use our feet – the issue was forced onto the political agenda by thousands of activists up and down the country. These activists ran stalls, marched, organised, leafletted, canvassed, shared their stories and made so much noise they could be ignored no longer.  It was these individuals that built the power for the referendum result.

We learnt that smart social media mattered – a cutting-edge social media strategy and smart use of analytics also ensured our campaigns had advantage. We channelled a nationwide army of voluntary effort by implementing a technology-assisted and monitored canvassing operation. Crowd-funding paid for our work. Social media gave us opportunities to tell personal stories, promote messages, and communicate with our supporters. The strategy also allowed individuals to be involved at their own pace.

In conclusion:  we can never take these wins for granted and there is of course so much work still to be done.  But we have lived through great social justice change in recent years, which is certainly cause for celebration.  And 20 years ago it would not have seemed conceivable that so many countries would embrace such change.

Denise Charlton (http://denisecharltonassociates.ie) is an activist and consultant working in the area of Social Change and was co-founder of Marriage Equality.

16
Jun
Perspectives of a Prison Officer