Home » News » Asylum seekers face long delays to their claims being decided, but more than half are eventually accepted finds new briefing 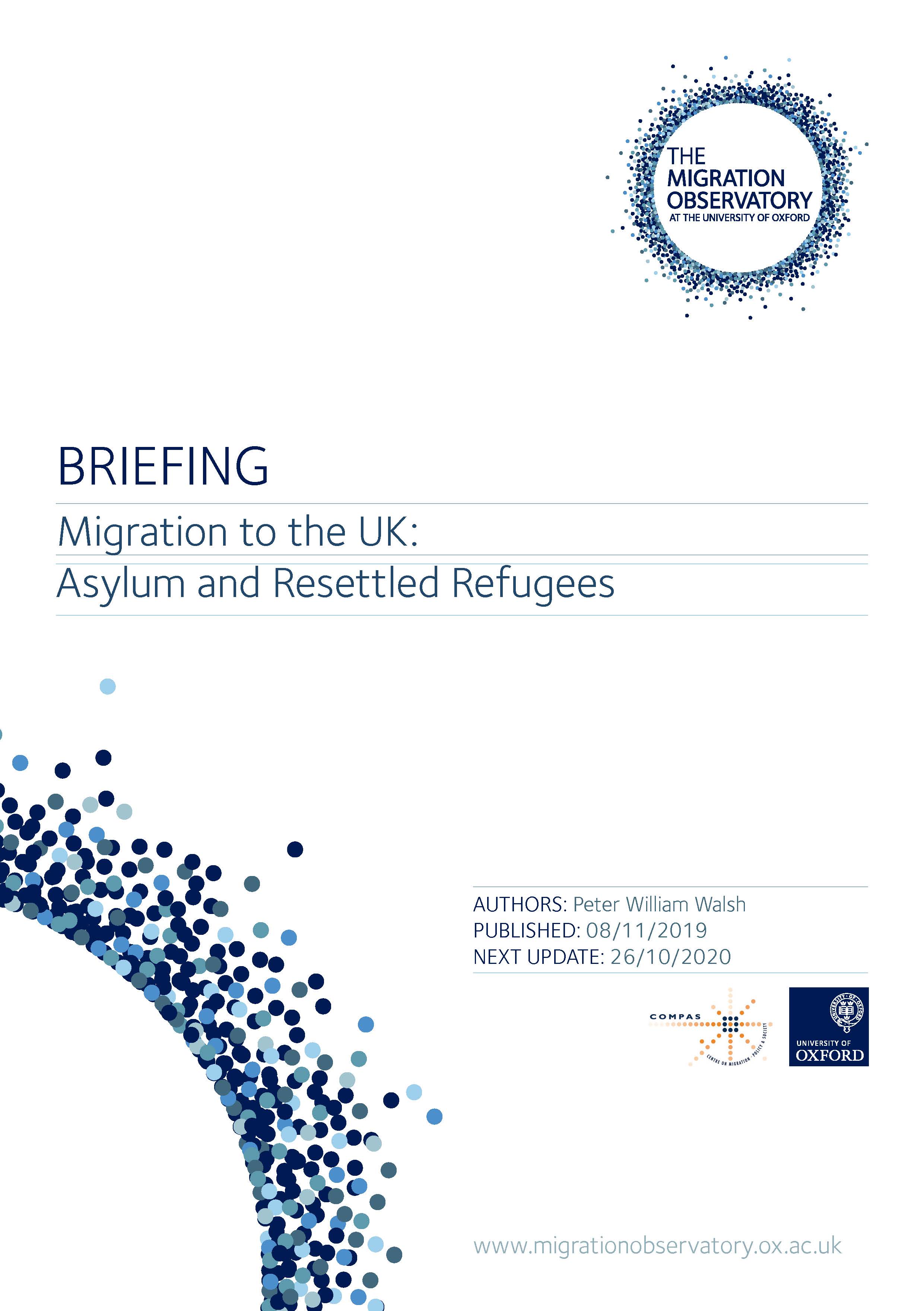 Three quarters of asylum seekers in the UK had waited more than six months for an initial decision on their claim by the end of 2018. However, more than half of asylum claims resulted in success for the applicant, new analysis from the Migration Observatory at the University of Oxford shows today.

The analysis, which is published in the new Migration Observatory briefing Migration to the UK: Asylum and resettled refugees, shows a sharp decrease in the number of claims decided within 6 months, from a recent peak of 80% in the second quarter of 2014, to just 25% in the last quarter of 2018. The change precedes a Home Office decision earlier this year to drop its six-month target to make an initial decision on most claims.

The analysis also highlights the significant role of appeals in the asylum system. In recent years, 55% of asylum applications processed were eventually successful, with 38% granted at the initial decision, and a further 17% granted after appeal (appeals had a 40% success rate).

Dr Peter Walsh, a researcher at the Migration Observatory at the University of Oxford, and author of the briefing said: “A few years ago, a solid majority of asylum seekers got an initial decision within 6 months, but now it’s only one in four. This of course is just the first stage of the asylum process, and after you factor in appeals, the whole process can take several years for many applicants.

“There is no single explanation for the falling share of decisions taken in 6 months. Factors that could have played a role include changes to policy and management, the complexity of the cases the Home Office receives, and of course budget constraints.”

The Home Office has said that it dropped the 6-month processing target in order to prioritise cases involving vulnerable applicants and those where an initial decision needed to be reconsidered.

The new briefing also highlights the highly unequal regional distribution of asylum seekers, with 20 local authorities – primarily in Scotland and the North of England – hosting as many asylum seekers [classified as those receiving ‘Section 95’ support] as the remaining 362 combined.

Dr Walsh added: “The data suggest that more than 150 local authorities in the UK didn’t house a single asylum seeker on Section 95 support in the year to June 2019, while Glasgow alone took more than 4,000. Many of these authorities will have supported resettled refugees, but nevertheless, the distribution of asylum seekers around the UK is pretty unequal.”