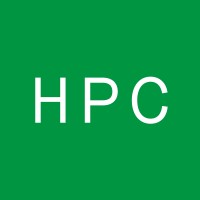 A recent report published by the High Pay Centre think tank ahead of the local and mayoral elections is calling on candidates to use their powers to tackle pay inequality and give workers more control over their working lives.

The High Pay Centre is an independent, non-partisan think tank focused on the causes and consequences of economic inequality, with a particular interest in top pay. It runs a programme of research, events and policy analysis involving business, trade unions, investors and civil society focused on achieving an approach to pay practices that enjoys the confidence of all stakeholders.

The think tank argues that while most policy on pay and employment rights is set by central government and national regulators, there is much that local councils and metro mayors can do to empower workers, ensure fair pay and promote responsible business.

The report makes a number of policy recommendations focused on local and regional authorities’ employment practices, strategic use of their procurement budgets and their wider local/regional economic strategies.

The so-called ‘Levelling Up’ agenda is about raising the economic productivity of different regions of the country, but it should also be about power and participation.

As well as investment in skills and infrastructure, policies promoting fairer pay and trade union rights are critical to ensuring that the workers who got the country through the lockdown keep a fairer share of the wealth they create.

There’s a lot that local and regional authorities can do in this respect, both in terms of their own employment practices, and by pushing other employers in their areas to do better.

The recommendations in this report are drawn from existing best practice – for example, the Greater Manchester Combined Authority’s ‘Employment Charter’ sets standards from local employers in terms of worker participation in engagement. The Sheffield City Region ‘Local Economic Partnership’ and the West Midlands Combined Authority’ have appointed trade union representatives, to ensure that worker voices are represented alongside the perspectives of business leaders

Recent research from the High Pay Centre found that the average FTSE 100 CEO makes 119 times the typical UK full-time worker. Similarly, our work with the think tank Autonomy showed how a more even pay distribution across the UK could benefit lower-paid workers – if total earnings in the UK remained the same, but with all annual pay above the threshold of £200,000 redistributed to low and middle earners, this would result in an increase in pay for over 9 million workers, with a median increase of about £1,400 or 4.5% of annual pay per worker.

Internationally, the UK is the 9th most unequal of the 40 countries that comprise membership of the OECD group of high-income economies.[1] Other than the United States of America, it is only lower-income economies such as South Africa, Turkey and Bulgaria that have a worse record on inequality than the UK amongst the OECD member states.