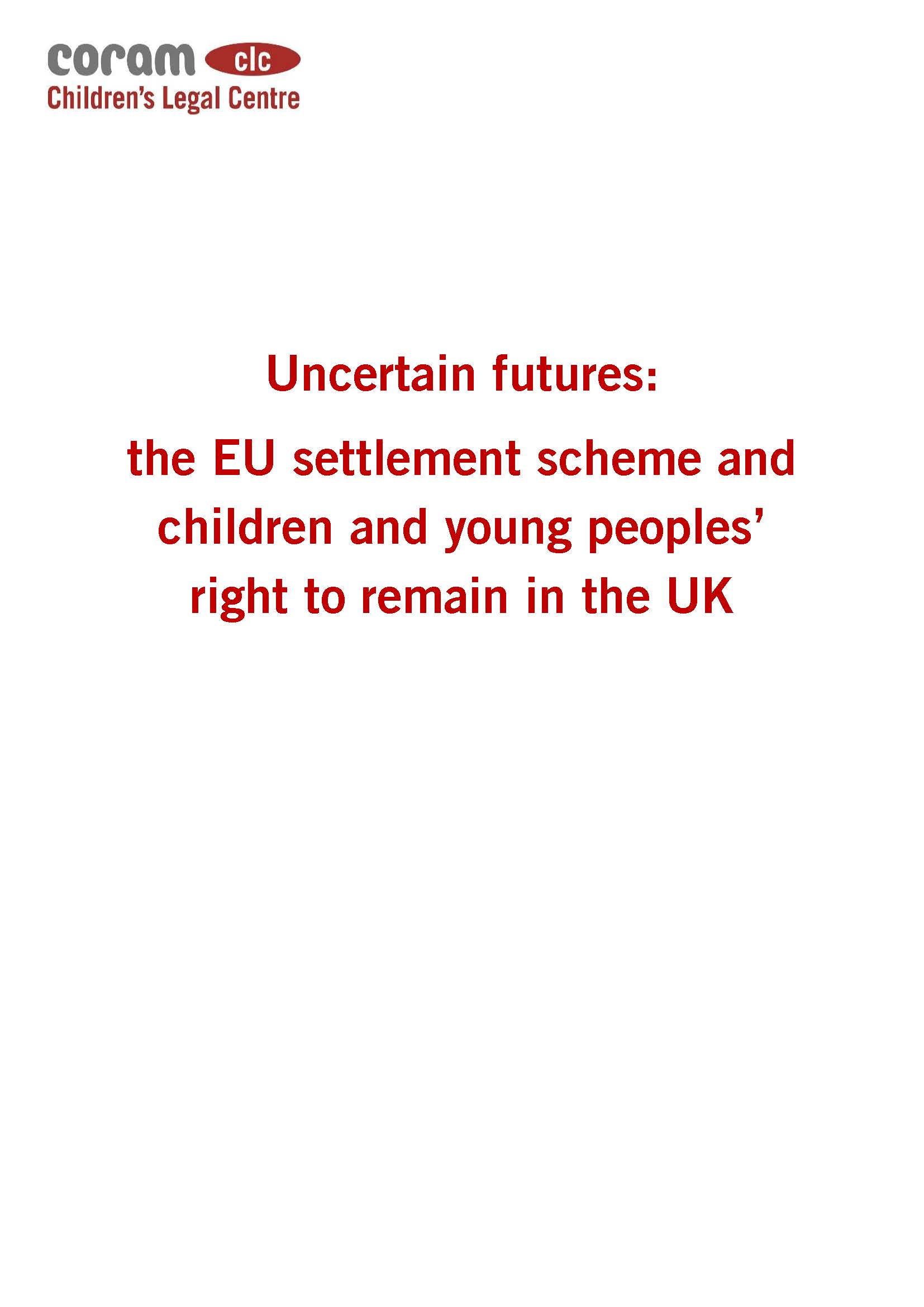 Coram are concerned that vulnerable children could become undocumented in the same way as the Caribbean children who came to the UK decades ago.

The report from Coram Children’s Legal Centre (CCLC), sets out the risk caused by the complexity of many cases and lack of legal advice on how to secure permanent status post-Brexit.

There are over 900,000 EU national children in the UK who will soon be required to prove that they have the right to remain in the UK after Brexit to avoid becoming ‘undocumented’ after the end of the Brexit transition period (which will be 30 June 2021 or 31 December 2020 depending on whether the UK leaves the EU with a deal or not). The Home Office estimates that between 10 and 20% of all applicants will be vulnerable. The future of 5,000 EU children who are currently in local authority care and separated from their families, is of particular concern.

Other children the report has identified as vulnerable are victims of domestic violence or children whose parents will not or cannot provide paperwork to evidence their time in the country or, who are unable to prove the length of their stay in the UK.