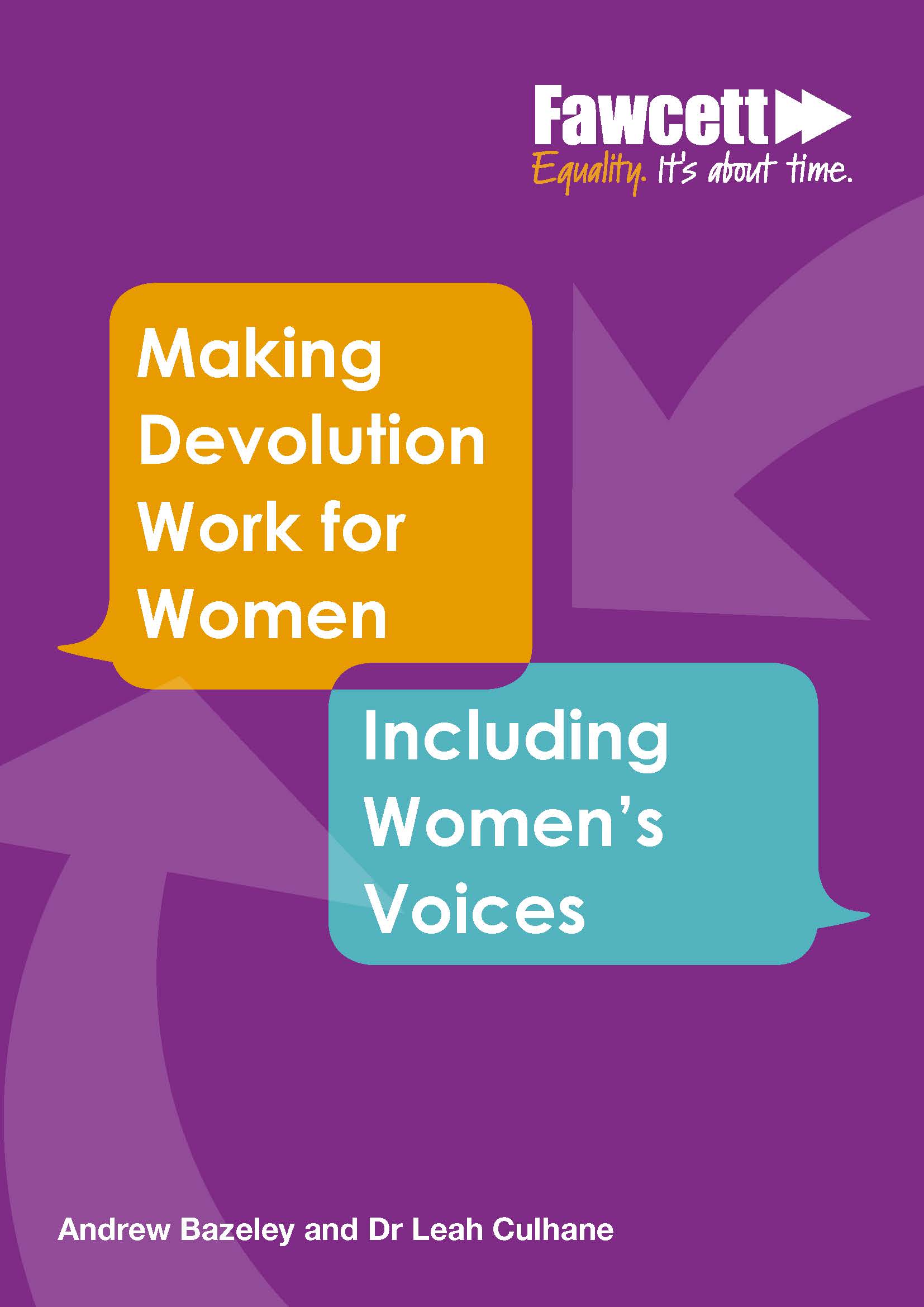 A new report from the Fawcett Society calls for women’s voices to be heard in devolution. The report comes in the light of the Government’s promised shift of power to city regions in
a pending White Paper. New data from Fawcett shows that:

The new report, ‘Including Women’s Voices’, is the result of two years spent working with women in Greater Manchester and the West Midlands to put gender onto the devolution agenda. It calls
for changes to get more women around the top table, while also highlighting the need to get the voices of ordinary women heard in policymaking. The report calls for each Metro Mayor to create
a permanent, resourced, and diverse Women’s Commission that can engage the grassroots and scrutinise policy decisions.

Gemma Rosenblatt, Fawcett Society Head of Policy and Campaigns, said: “Devolution is looking like old politics not new – with power in the hands of men. All eight ‘Metro Mayors’ are men. And men make up four-fifths of those at the top table. Devolution still presents an opportunity – but only if big changes are made to bring women in. If devolution fails to engage with half the population, it risks the success of the whole project.”

Download ‘Including Women’s Voices’.  Find out more about the project