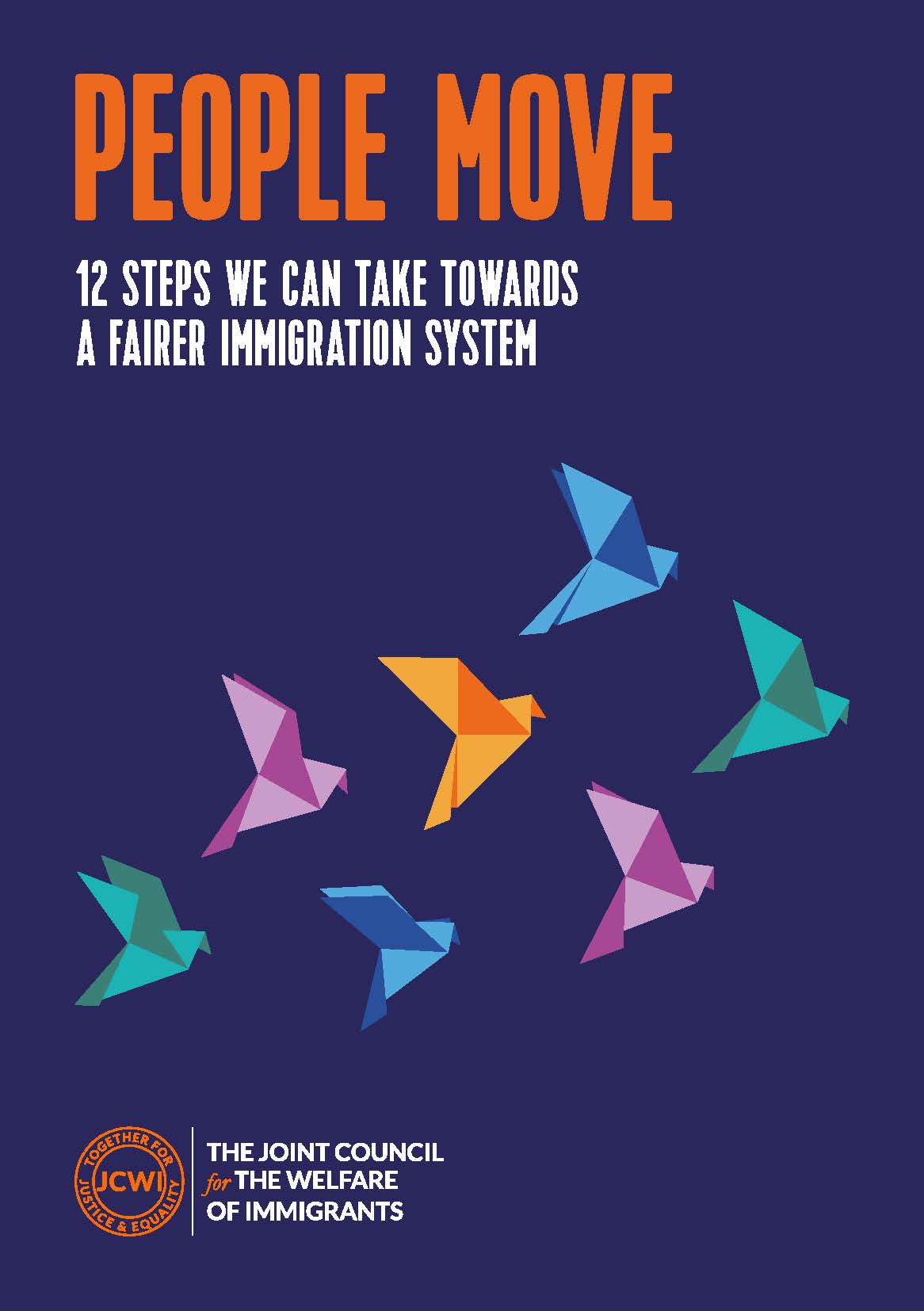 As campaigners and advocates for progressive immigration reform, JCWI is surprised by just how much is wrong and unfair about our immigration and asylum systems.  And, though they often know what needs to change, the complexity of reform can be daunting and it is sometimes difficult to know where to begin.  This is even harder for those who have personally experienced injustice and want to fight for change but are not supported or equipped to engage in discussions about policy.

‘People Move’ is the product of months of conversations with partners and with individuals and families with lived experience.  It sets out 12 policy areas in which targeted, actionable reforms could have a transformative impact on the lives of hundreds of thousands of people.  JCWi claims that politicians have built an immigration system that often makes it impossible for people who move here to build a life and it frequently punishes them for even trying. This manifesto sets out the 12 steps which need to be taken towards a fairer immigration system.