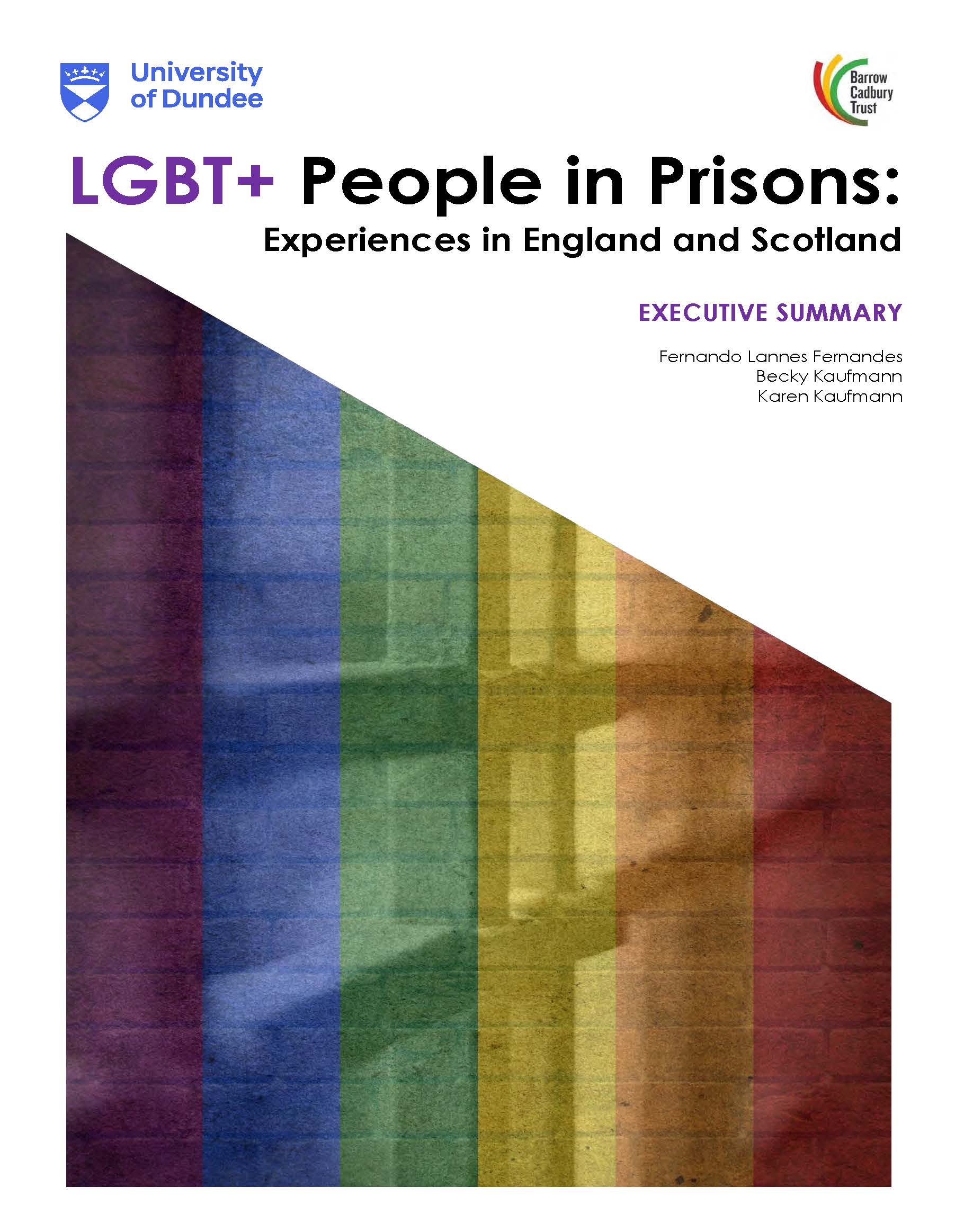 According to the most recent figures  7% of the prison population Identify as homosexual/ bisexual/other sexual orientation and 22% of women bisexual/other, whereas the figure is  3% in the general population for both women and men.  [1]

Although the research for the report preceded COVID-19, anecdotal sources are finding that  vulnerable groups, including LGBT+ people may have suffered disproportionately from the impact of preventative measures on the prison population, as well as increased isolation caused by the dramatic reduction in access to support groups and individuals who would usually be working in prisons.

The study ‘LGBT+ people in prisons: Experiences in England and Scotland’ looked at how individual attitudes and social interactions, institutional policies and structures might be shaped by discrimination and lack of understanding, and how this influences the experiences of LGBT+ people in custody.

The report found that English and Scottish prison management have good intentions when it comes to promoting equality. It also found that many members of staff have a fundamental awareness that LGBT+ people have additional needs and challenges to other people in custody.  However, it also found that respondents felt that they were doubly disadvantaged by lack of staff knowledge and understanding around LGBT+ issues and as well as being disadvantaged by not being aware about their own rights.  Whilst individual staff were supportive and trying hard to make things better, the report found that individual and institutional barriers exist that make being LGBT+ in prison particularly difficult.  Those barriers are “hard to tackle as they are pervasive and, in many ways, invisible”.

Research with LGBT+ people in prison found that everyday practices contribute in many ways to “single them out as different and dehumanise them”. Despite the widely accepted ideal that the punishment of deprivation of liberty should not be exacerbated  by making experiences within the prison additionally punitive, many LGBT+ people in prisons do “experience additional punishment simply for being homosexual, bisexual and/or transgender”.

Segregation and institutional discrimination – Homophobia, biphobia, transphobia and explicit violence directed at LGBT+ people in custody is often dealt with by segregating the affected individual for their own protection. English and Scottish prisons often use the same physical spaces for disciplinary and protective segregation.

There were significant concerns amongst respondents about disclosing sexual orientation and gender identity. Jokes and banter were commonplace and were used to stigmatise and belittle LGBT+ people. In several cases individuals felt powerless to challenge this discrimination because they felt that such interactions are ‘the norm’ and acceptable.

The solutions: building awareness and resilience

The report concluded that “while the prison system itself can be intractable and resistant to change where someone doesn’t conform to rules and norms [there was] a need for a more person-centred approach that includes the individual as part of the system rather than as something to be contained by the system”.  It also highlighted the need for: