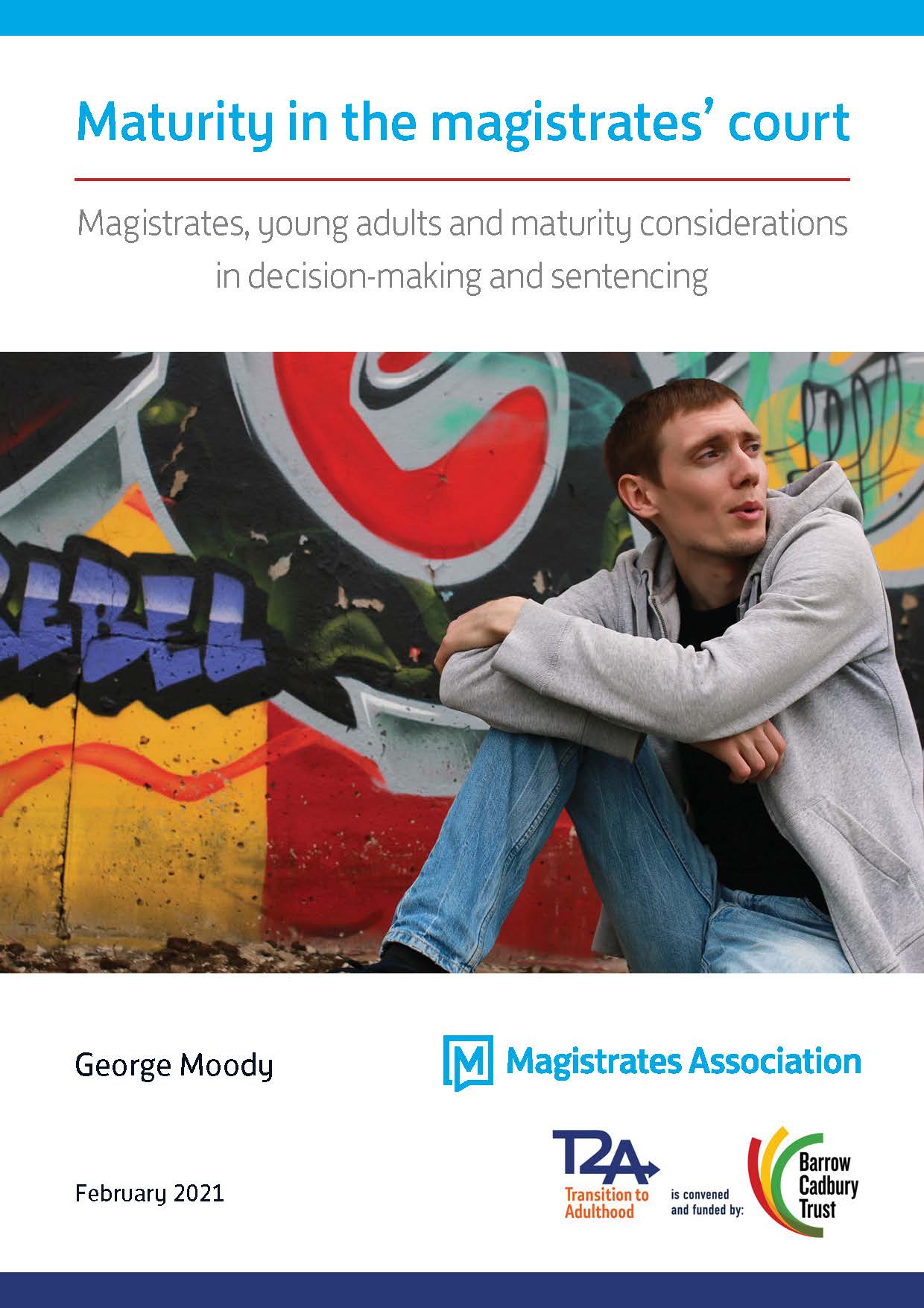 The issue of how young adults should be treated within the criminal justice system has been the subject of extensive research in recent years and has also been considered by two recent Justice Select Committee inquiries. However, most of the research to date has been restricted to crown courts, despite the fact that the majority of criminal offences that come to court are dealt with entirely in magistrates’ courts.

With the publication of new Sentencing Council guidelines in 2019 providing more detail on the specific mitigating factor relating to age or lack of maturity, the MA thought it was important to gather the experiences of magistrates on dealing with young adults and their developing maturity.

The report brings together the key findings from MA research into magistrates’ understanding of maturity and how it is currently handled within magistrates’ courts. The research included a survey of magistrates, a series of focus groups with magistrates, and a roundtable with other court participants including representatives from Her Majesty’s Prison and Probation Service, community rehabilitation companies, youth offending teams and defence solicitors.

Commenting on the report, MA chief executive Jon Collins said: There has been extensive research about developing maturity, and the apparent cliff edge for young people when they turn 18 in respect of the criminal justice system. Given that magistrates deal with the majority of criminal cases, it was important to get their views on this issue. The final report sets out some key recommendations which the MA is keen to take forward.

‘Magistrates recognise that more training on the issue of maturity would be beneficial, while assessments of young adult defendants’ maturity should be carried out routinely before they come to court. This would help magistrates to be better-informed about the people appearing before them, which would in turn support improved court practice and fairer, more effective sentencing.’

The MA is very grateful to the Barrow Cadbury Trust for funding this project, in line with their extensive work on the topic through the Transition to Adulthood Alliance.

A launch event for the report will be taking place online on Tuesday 16 February at 11am.

The Magistrates Association is an independent charity and the membership body for the magistracy. We work to promote the sound administration of the law, including by providing guidance, training and support for our members, informing the public about the courts and the role of magistrates, producing and publishing research on key topics relevant to the magistracy, and contributing to the development and delivery of reforms to the courts and the broader justice system. With over 14,000 members across England and Wales, we are a unique source of information and insight and the only independent voice of the magistracy.