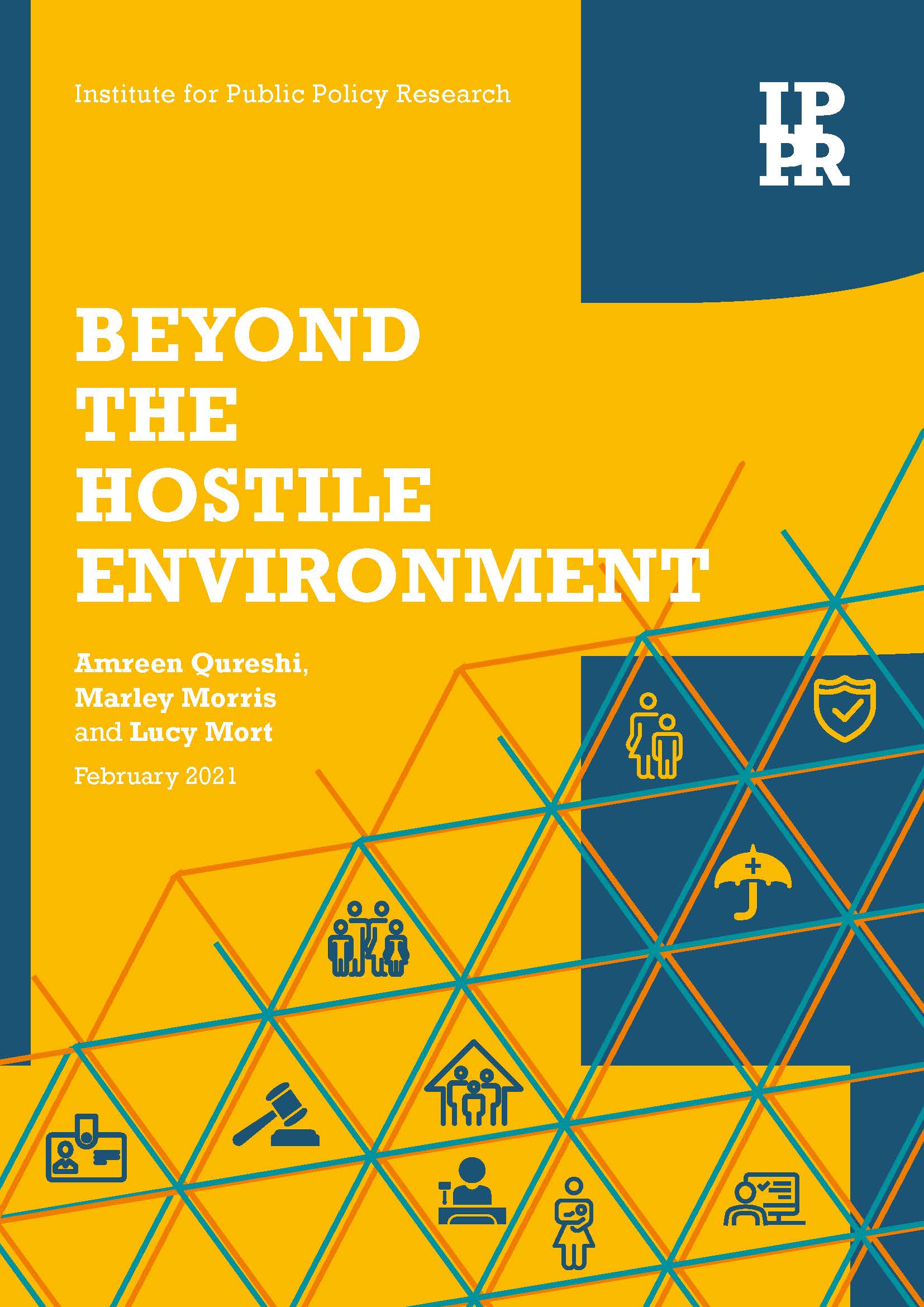 In a new report released today IPPR sets out a blueprint for preventing a repeat of the Windrush scandal and ending the hostile environment.

According to the report ‘Beyond the Hostile Environment’ The Home Office is in a state of policy paralysis after years of overseeing the deeply flawed hostile environment policy, according to a major new report from the Institute for
Public Policy Research (IPPR). Extensive “root and branch” reform is now needed to move on from the policy and rehabilitate the department, according to the think tank.

In a comprehensive analysis of the hostile environment published in September, IPPR found the policy had forced people into destitution, fostered racism and discrimination, and was a driving factor in the emergence of the Windrush scandal. The policy also failed in its own terms, with no discernible impact on encouraging individuals without immigration status to voluntarily leave the UK. While calls for reform have been made across the political spectrum – most prominently by Wendy Williams’ Windrush Lessons Learned review – this report is the first to set out a blueprint for a new institutional and policy approach to ending the hostile environment for good.

To transform the government’s approach to immigration enforcement, the report calls for the repeal of many of the legislative building blocks behind the hostile environment – including key parts of the Immigration Acts of 2014 and 2016. At its heart, the hostile environment is underpinned by the checks, charges and datasharing measures carried out by employers, landlords, and frontline workers. IPPR found these provisions had effectively outsourced immigration enforcement – exposing migrants to potential racial discrimination and often mistakenly impacting people with legal immigration status. The policy was also found to have deterred some from seeking vital police or
medical assistance when needed. In the midst of a pandemic, this is particularly troubling, the report notes.

The think tank calls for the legislation to be reformed or replaced by provisions that shift the legal responsibility for immigration checks back to government, and guarantee safe access to services for all UK residents. The report argues that one practical step to do this would be repealing the ‘right to rent’ provisions that place the burden of checks on landlords.

IPPR also calls for the government to immediately introduce a ‘firewall’ between public services and immigration enforcement, so that individuals without immigration status can safely seek urgent medical, social and law enforcement help without fear of their details being shared with the Home Office.

The report calls for considerable institutional and cultural reform at the Home Office to instil three core principles into the department: making decisions scrupulously based on evidence; rooting out racism and discrimination; and being subject to scrutiny from those with direct experience of the immigration system. Building on the recommendations of the Windrush Lessons Learned review and the Home Office comprehensive improvement plan, IPPR proposes that the Home Office:

• Strengthens its evidence-based approach by expanding its Analysis and Insight Directorate to regularly assess the impact of all proposed and existing policies on affected groups.
• Tackles discrimination further by regularly assessing policy and operations to identify discriminatory patterns and enact action plans with deadlines for change.
• Creates a new independent body responsible for migrants’ rights to investigate complaints, advocate for, and safeguard the rights of migrants.

The think tank proposes introducing simplified pathways to legal residency for eligible people currently living in the UK without immigration status. The report says the current system is convoluted, expensive and difficult to access; and warns that for people in the most vulnerable circumstances, this leaves them in a state of limbo – in particular need of support, yet unable to access it.

• The long residence route – a simplified application for eligible individuals who have lived in the UK for many years. This would offer indefinite leave to remain, rather than ‘limited leave to remain’ that requires a costly frequent renewal.
• The vulnerable situation route – to ensure indefinite leave to remain for people in vulnerable situations, including victims of trafficking, modern slavery and domestic abuse. The hostile environment has made it harder for people in these situations to access the support they need, according to the report.

Taken together, these proposals aim to address the most damaging impacts of the hostile environment, while also allowing the Home Office to improve its own functioning and reputation, according to the report.
Marley Morris, IPPR Associate Director, said: “As our research and the findings of other reviews have revealed, the immigration enforcement system in the UK is in need of root and branch reform. “Not only has the hostile environment precipitated the Windrush Scandal, but it has also failed to even achieve its own stated aims of encouraging individuals to voluntarily leave. To learn the lessons from the Windrush scandal, the home secretary should take the opportunity to tackle head-on the adverse impacts of the hostile environment and overhaul the Home Office directorate responsible for its enforcement.”

Amreen Qureshi, IPPR Researcher, said: “This reform package would have wide-ranging benefits for migrants, the Home Office and the wider public. Minimising the role of employers, landlords and frontline workers in administering immigration checks and data-sharing would help to both reduce the risks of racial discrimination and relieve the burden of immigration control from ordinary citizens.

“Changes to Home Office policies and culture won’t happen overnight, but that shouldn’t mean the department just sits in policy paralysis. As the UK’s immigration system is reshaped post-Brexit, now is the time to institute sweeping reforms to prevent a repeat of the Windrush scandal.”