Home » News » The impact of criminal records on people from black, Asian and minority ethnic backgrounds 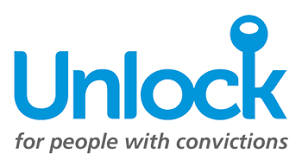 Unlock, a charity for people with convictions, has today published research on the impact of criminal records as perceived by people from Black, Asian and Minority Ethnic (BAME) backgrounds.

New data in the report, Double discrimination?, shows that over three-quarters of people surveyed (78%) felt their ethnicity made it harder for them to overcome the problems they faced as a result of having a criminal record. The overwhelming majority (79%) experienced problems gaining employment; these persisted over many years and affected all age groups. African and Caribbean people were most affected.

Commenting on the report, Christopher Stacey, co-director of Unlock, said:

“The discrimination faced by people with a criminal record who are from a black, Asian or minority ethnic background may not be ‘double’, but the difficulties they face are certainly cumulative. The perceptions of many people we surveyed were that the criminal record disclosure rules caused them more problems because, had they been white, they may not have been prosecuted, or the sentence they received would have been lower and therefore ‘spent’ earlier.

“These perceptions are borne out by other evidence that shows how the criminal justice system disproportionately impacts on people from some BAME groups because of over-criminalisation and harsher treatment. Put simply, ethnicity impacts on the type of criminal record someone gets. The disclosure regime exacerbates problems faced by people already treated more harshly at all stages in the criminal justice system.

“Black and Asian defendants have consistently been given the longest average custodial sentence length since 2012. Harsher sentences take longer to become spent under the Rehabilitation of Offenders Act 1974, if they ever do, meaning a criminal record will cause more difficulties for longer. This is an additional penalty for Black and Asian defendants. What David Lammy refers to as the double penalty can in fact be a triple penalty – the ethnic penalty, the criminal penalty and then the disclosure penalty.

“Ethnicity is often a visible characteristic to employers, but a criminal record is not. This means that, while tackling ethnicity-based discrimination requires a certain set of responses, tackling conviction-based discrimination needs a different set of responses. For example, minimising, or delaying, the use of criminal records, may benefit BAME groups in particular but would result in a much fairer system for everyone. The Lammy recommendations to address ethnic disproportionality must continue, but in the meantime simple changes to the disclosure regime can help level the playing field.

“We urge the government to take forward our recommendations, including to carry out a fundamental review of the criminal records regime and to implement reform the Rehabilitation of Offenders Act 1974, including reducing the time before convictions become spent and expanding the scope of legislation so that all convictions can become spent.”

In the foreword to the report, David Lammy, MP for Tottenham and chair of the Lammy Review, writes:

“Those who experience our criminal justice system, above all, need a different future to aspire to, but our criminal records regime is holding them back. Employers, universities, housing providers and even insurers, can and do discriminate against those who disclose this information. This is an issue for all people with a criminal record whatever their ethnic background. However, this report by Unlock demonstrates that our criminal records system disproportionately discriminates against those from Black, Asian and minority ethnic backgrounds. Already facing discrimination when applying for employment, the barriers that BAME individuals face are solidified and compounded by our arcane criminal record process. This report shines a light on BAME individuals’ experiences of post-conviction problems – tied to the past and facing multiple disadvantage. I continue to urge the government to reflect hard on the impact of a criminal records regime that traps people in unemployment, contributes to high rates of recidivism and creates a double penalty for minorities. It’s time for urgent reform.”

Iqbal Wahhab OBE, chair of EQUAL, which focuses on action for race equality in the criminal justice system, said:

“When people of  BAME backgrounds make up 26% of the prison population yet 14% of the wider population, when young black men can be twice as likely to be unemployed than the rest of the population, when people of BAME backgrounds are significantly more likely to receive custodial sentences than their white counterparts and when every level of ethnic disproportionality in the criminal and legal justice system has risen since the Lammy report, we are facing a huge challenge to any claim that we live in a fair society. The problems are only getting bigger. The recommendations in Unlock’s report are essential steps that need to be taken to reverse these troubling trends. We keep hearing that companies with more diverse workforces perform better than those that haven’t. Employers need to be brought into these conversations more to become part of the solution whilst enhancing the performance of their own organisations as well as that of wider society at the same time.

“The ethnic penalty in employment is well documented and we welcome the evidence in Unlock’s report which shows the biggest challenge for BAME individuals post-conviction is securing employment. The government needs to do more to help BAME people overcome ethnic and conviction bias in the labour market. EQUAL supports Unlock’s call for the government to conduct a fundamental review of the wider criminal records disclosure regime.”