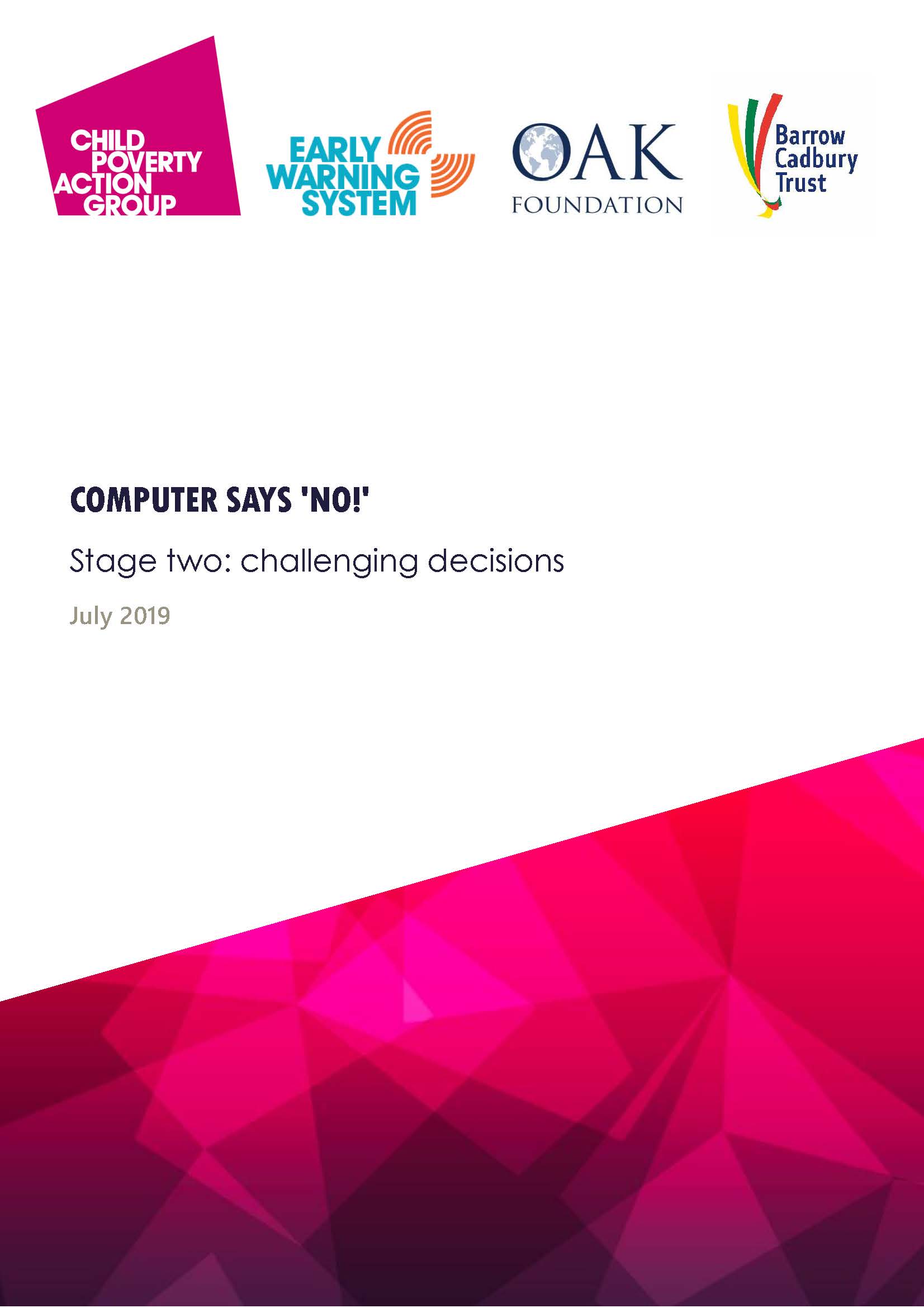 Universal credit (UC) claimants who suspect the DWP has made a mistake in their award and ask for a review are too often blocked by DWP error and failures in the system, a new report from Child Poverty Action Group (CPAG) shows.

Research for the report – Computer Says No: challenging decisions – draws on the charity’s Early Warning System (EWS) which to date has gathered and analysed 1,600 benefit cases from welfare rights advisers across the UK (see case studies below and in full report). When they disagree with a DWP decision, UC claimants must ask the DWP to conduct an internal review –  called a ‘mandatory reconsideration’ (MR) – of a decision on their award before they can appeal to an independent tribunal. Decisions might, for example, relate to how much UC they should get or whether they are entitled to UC in the first place.

But the research finds claimants are sometimes wrongly advised that decisions can’t be appealed, that they must take a different route to try to resolve the issue, or that they need to provide evidence to challenge a decision when they do not – delaying or blocking their efforts to have mistakes corrected. When people have their claim refused when they first try to claim, their online account is often closed.  This makes it even harder to get a decision reviewed because letters explaining why it was refused cannot be accessed any more.

The obstacles to getting a decision reconsidered are all the more worrying for the fact that in almost two thirds (63%) of UC cases that reach a tribunal, a DWP decision is overturned.

CPAG’s report makes recommendations for improving both administration of the MR process and the overall accountability of universal credit.

Computer Says No: challenging decisions can be found here.  It is the second in a series of CPAG research reports which draw on the charity’s Early Warning System