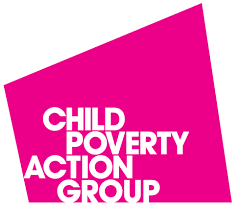 Universal Credit (UC) claimants are routinely left in the dark about how much they should receive, how their awards are calculated and if and how they can challenge Department for Work and Pensions (DWP) decisions, because the Department’s communications with claimants are opaque and inadequate, new analysis from the Child Poverty Action Group (CPAG) finds.

One in five of the 1,110 UC cases referred to the charity’s Early Warning System – which gathers and analyses cases from welfare rights advisers across the UK – involve a DWP administrative error likely to result in a claimant getting the wrong amount.   Because UC rolls six different ‘old’ benefits into one, often claimants cannot tell what its components are – and so cannot know if it is right. And since information provided by the DWP about how their award has been worked out is frequently inadequate, payments may be wrong, and go unchallenged. As a result, many claimants are at risk of sliding into debt, CPAG warns.

The report ‘Computer says no!’ says UC helpline staff are often unable to explain how a claimant’s award has been worked out because they don’t have access to payment calculations which in the vast majority of cases are processed automatically on UC’s digital system.

Claimants’ online monthly payment statements give only basic information on how their award has been calculated so spotting errors – such as the omission of allowances for children – can be difficult or impossible for claimants (see case studies below).  And on housing costs, payment statements do not give an explanation when there is a discrepancy between the amount of rent allowed for in a UC calculation and the amount of rent actually due – often the discrepancy is because payments for rent within UC are capped by Local Housing Allowances or by the Bedroom Tax, but their payment statements leave claimants none the wiser.

CPAG wants more information to be given in claimants’ statements including a full breakdown of how awards have been calculated and a nil entry for allowances claimants are considered ineligible for so that errors can more easily be identified.   And it wants the online UC  account, via which claimants manage their claim and communicate with UC advisers, to be redesigned so that all decisions about a claimants’ award are clearly identified as formal decisions (and as such can be challenged) and stored in one place so that they are accessible.  Currently DWP decisions are scattered in different parts of a claimant’s online account. Claimants have to trawl through old journal entries to find them and they may not be clearly labelled.

CPAG’s  analysis also shows that the DWP’s written information on claimants’ appeal rights falls short of legal requirements because it suggests a first-stage reconsideration of a benefit decision (known as a Mandatory Reconsideration)  is only possible where there is new information relevant to a claim or where a claimant believes the Department has overlooked something.   In fact, disagreeing with a benefit decision is sufficient grounds for requesting a Mandatory Reconsideration (4).  The Department’s standard-issue information also fails to tell claimants that there are time limits for requesting a reconsideration – this is also unlawful.

The government’s own survey of claimants’ experiences found that nearly a quarter of UC claimants (23%) felt that the decision about their claim either hadn’t been explained at all, or hadn’t been explained clearly, and 16% of UC claimants reported that they had been given incorrect or contradictory information by the Department for Work and Pensions (DWP) in relation to their claim. (1) Another government survey of UC claimants found that over 40% of claimants received a different award than they were expecting, and over 30% of claimants disagreed with the statement “My Universal Credit account makes it clear what entitlements I am being paid for.”(2)

Cases that have come to CPAG’s Early Warning System include: