Home » News » Criminal Justice » Young adult offenders should be tried on the basis of their maturity, T2A poll finds 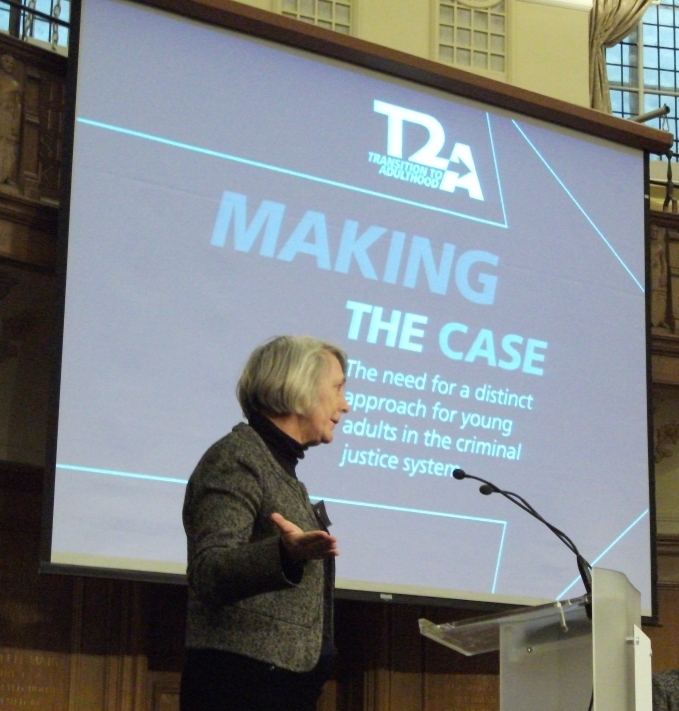 A ComRes poll, launched on 1 March 2011 and conducted on behalf of the Transition to Adulthood (T2A) Alliance, has found that both the public (69%) and parliamentarians (81%) believe emotional and psychological maturity should be taken into account when sentencing young adults. Currently an individual is sentenced on the basis of their age, with under-18s subject to the youth system and over-18s subject to the law as it applies to adults.

The poll supports the T2A Alliance’s argument that, as people mature at different rates and many young adults in trouble with the law exhibit developmental levels characteristic of far younger people, courts should treat 18-24 year olds on a case by case basis according to their maturity. This currently happens in Germany, where young adult offenders can be dealt with either in the adult or juvenile system depending on psychological and emotional assessments of their maturity.

Politically, the poll should embolden coalition figures who have been leading criminal justice reforms in the direction the T2A Alliance recommends. A large majority of coalition MPs (74%) think that maturity should be taken into account when sentencing a young person. Coalition MPs are also more likely to think that young adults should be sentenced either on a case by case basis or as a distinct group, rather than treated the same as older adults. Labour differs on this issue, with a slim majority (54%) in favour of always treating young adults the same as those 25 years of age or older.

Rob Allen, Chair of the T2A Alliance said: “This poll reveals that our criminal justice system is behind the times. Both the public and parliamentarians support our calls for a common sense approach which doesn’t assume everyone reaches full maturity on their 18th birthday.

“The fact that support services targeted at youths in the criminal justice system disappear overnight when a young person hits 18 is very damaging and it is no wonder that so many of them fall back into crime. 18-24 year olds are responsible for the majority of convictions in this country. Other countries, like Germany, have long demonstrated a more constructive approach to this age group and it is reflected in their lower crime rates.

“The government is already making some of the right noises about bridging the gap between youth and adult services but now they need to follow through and drastically improve transition measures. This poll shows such reforms would win strong public support. They would also bring down crime rates and make financial savings in the long term. There really isn’t any time to waste.”

* 69% of people think a person’s emotional and psychological maturity should be taken into account when they are accused of breaking the law, with only 57% thinking age should be taken into account. Four in ten (41%) think age is not important compared to less than a third (28%) who believe emotional and psychological maturity is not important.

* 44% of Tories and 82% of Liberal Democrat MPs think that the decision to sentence young adults either in the adult or juvenile system should be taken on a case by case basis or based on treating them as a separate age group. Only 40% of Labour MPs think the same.

ComRes surveyed 150 MPs on the ComRes parliamentary panel between 13th January and 7th February 2011 by self-completion postal questionnaire and online. Data were weighted to reflect the exact composition of the House of Commons in terms of party representation and regional constituency distribution.

For further information about the poll please contact: Max Rutherford on [email protected]

9
Aug
Creating developmentally appropriate responses to young adults at risk of, or involved in, offending – 10 things for Police and Crime Commissioners to include in their Policing and Crime plan

9
Aug
Creating developmentally appropriate responses to young adults at risk of, or involved in, offending – 10 things for Police and Crime Commissioners to include in their Policing and Crime plan