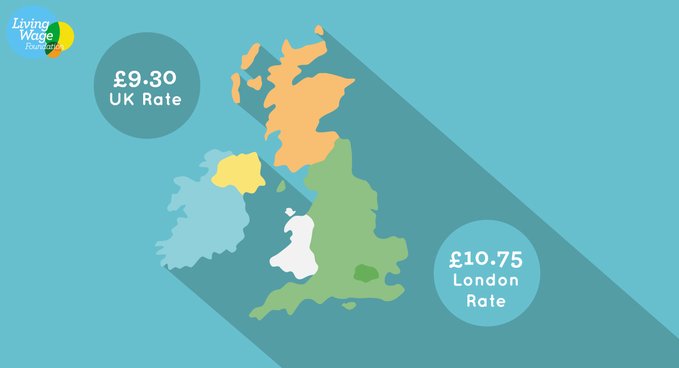 The decision for the Barrow Cadbury Trust to take another step and become a Living Wage Funder was an easy one for us as we were already a Living Wage Employer. The Trust has a long history of tackling and addressing the root causes of poverty and disadvantage and the Living Wage campaign fits with a number of our over-arching concerns, one of which is tackling gender disadvantage.  A majority of the low paid workforce are women.   Rather than being heavy handed about our grantees becoming Living Wage employers, we try to support anyone we fund if they’re interested in finding out more.  As funders we have both hard and soft power to encourage those we fund to explore becoming a living wage employer.

The process for us to gain accreditation as Living Wage Funder was fairly simple requiring us to make some very small changes.  As much of our funding already goes into long term research, policy and influencing work rather than front line, short term direct services, and funding staff posts, we contribute to only a very small number of low paid roles. So for the Trust there is less of an impact on our grant making than there might be for some of the larger volume funders.

We made some small changes to our application and assessment process adding additional questions, and where relevant we have proposed increased salaries to encourage grantholders and prospective applicants to think about building a Living Wage workforce. We signpost those who want to find out more about becoming a Living Wage Employer to the Living Wage Foundation, but we understand that it is not always an easy thing to do and so also offer to cover accreditation fees for smaller organisations.

We have found that the Living Wage Funder scheme is flexible. We‘re a supportive group of trusts and foundations and are very happy to help funders contemplating signing up to think through the implications. As an anti-poverty organisation, it’s important that we use the resources at our disposal to advocate for and encourage the scheme, and to see how we can enable more charities to become Living Wage Employers.

Find out more on how your organisation can join the Living Wage.