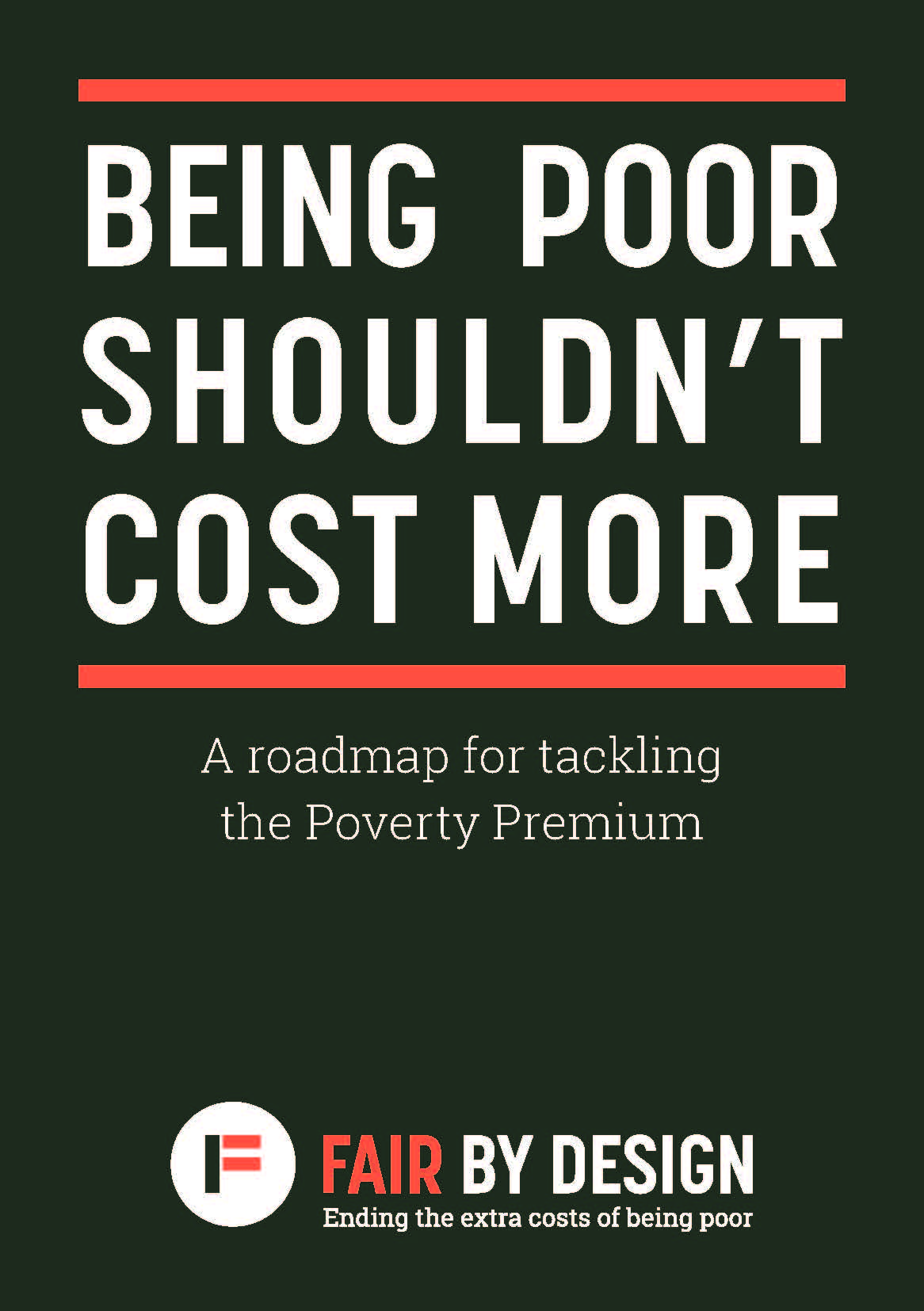 Imagine a situation where you work all the hours you can get in a job that doesn’t pay well just to put food on your family’s plate. All the while you are experiencing domestic abuse at the hands of your partner. Then at the end of the month your money is not enough to cover all of the repayment costs for furnishing your house. Life is already tough, but your financial situation makes life that much tougher.

Eventually you get a job with better pay but half of it disappears each month to pay the interest on a loan debt which you needed to pay for childcare. Then also imagine paying your essential bills on a pre-payment meter because you want to control how much you’re spending on it, which isn’t a lot, but having to spend a little extra because you’re told that’s just the price you have to pay; having a busy life because you’re the sole carer of your mother, then also being told that the only way to reduce your bills and get a fair deal is by wading through comparison websites even when you don’t know how to do that, or even know if your landlord will let you do that.

Being poor costs more when the washing machine breaks and the bank won’t lend you money because you’re on benefits or a low income your only choices are a payday lender, or a rent-to-own company, where you’ll end up paying three times as much. To work the washing machine you’ll need electricity and it if your meter is pre-pay it will be around a third more expensive than for people who have the money to pay their energy costs by direct debit.

When researchers from Bristol University looked at the Poverty Premium they worked out that the average annual cost for poor households is £490. The largest share of that average cost is £233 which is brought about by not being on the best fuel tariff. Other costs include the higher cost of credit (e.g. payday loans) at £55 per year, then also use of prepayment meters which makes up £38 per year. Most people would feel a pinch if they had to increase the costs paid on their essential items, like their fuel bills or borrowing costs. But that pinch becomes even more painful when incomes are stretched.

Fair by Design is working to get rid of those extra costs for poor and low income households because it’s not fair and it’s a visceral illustration of inequality. We are a movement dedicated to reshaping these essential services, working closely and in collaboration with government, businesses, regulators, and consumers and citizens themselves.. We believe by working together we can end this injustice and that’s why we’ve launched a roadmap to tackle the extra costs of being poor. Because it just doesn’t have to be this way. Join our movement – follow us at @fairbydesign and  help spread the word. Thank you.

This is a guest blog cross posted from the Equality Trust