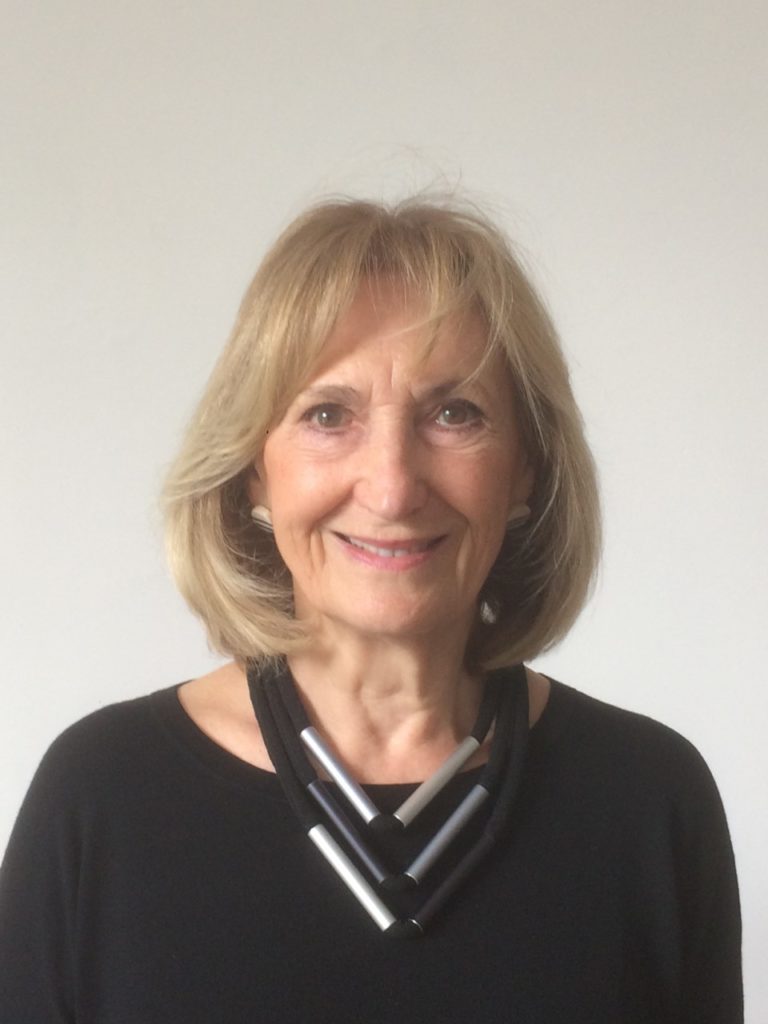 Some people may already know that Joyce Moseley’s tenure as Chair of the Transition to Adulthood Alliance (T2A) after nine years in post has now come to an end. The Alliance and The Barrow Cadbury Trust would like to thank Joyce for her work supporting T2A and dedication she has shown to its work over the years.

We can share the news that Leroy Logan MBE will be taking over. The experience he brings from his time in policing and founding a leading youth charity will be valuable to advancing the work of T2A. Leroy will be talking more about taking up this appointment in early 2022.

But first let us hear from Joyce Moseley OBE, outgoing Chair, and former chief executive of Catch 22. She talks to Laurie Hunte, Criminal Justice programme manager at Barrow Cadbury Trust about how she was drawn to working with young people and her time as T2A Chair.

When did you become chair of T2A?

I have been chair for nine years beginning in 2012.

What attracted you to the role?  What motivated your interest in criminal justice and young adults?

Where to start! The interest in young adults grew out of many years’ involvement with youth justice. As a social worker from 1968 onwards I was drawn to working with young offenders and their families. Labelling theory was strong and it did seem to me nonsensical how young people were being stigmatised for years to come for the most minor offences when it was plain to see that their difficult life circumstances were the things needing attention.

Later as a Director of Social Services I helped promote the needs of care leavers as more and more research showed how they fared badly in later life. This led to the Leaving Care Act which for the first time meant help and support could be given to those over 18 to help with the transition into adulthood.

But I did reflect that when I was a young social worker care leavers were not seen ‘as a problem’. Why? What had changed? Although similar problems probably befell them in later life the act of leaving care did not present problems – there were plenty of jobs for 16 year olds, renting a room was not difficult, the army used to recruit many care leavers and there did seem to be more community based social support networks (or is that rose tinted glasses?).

So society, the economy, support infrastructure, family structures all changed in the 70, 80 and 90s making the transition to adulthood that much more difficult for the kinds of young people finding themselves in the criminal justice system. Not so of course for those going onto higher education where student accommodation, welfare support, financial and social support was still strong. No one expected students to ‘behave like adults’.

In the late 90’s I became one of the founding members of the newly established Youth Justice Board. Having been a Director of Social Services I knew what little focus there was on young offenders in local authorities generally  – elected members’ interest and therefore budgets did not naturally fall on young offenders. So whilst it was controversial to split them off from the social welfare system and put them more firmly into the CJS it did bring a research, practice and policy focus on them and their needs which had not been so strong before.

What was your work and other experience leading up to that and what was the relevance of it to chairing T2A?

As well as social work training and management of social services I also trained as a community worker and undertook an MSc in Social Research. During my stint at the YJB I made a move into the voluntary sector and I following my interest in youth justice and became the CEO of the Royal Philanthropic Society. RPS had been the organisation that set up the first residential treatment centre for young offenders in 1832! Reading their records is such an eye opener – attitudes towards and understanding of the young people was often more caring and thoughtful than one sees today. RPS merged with the Rainer Foundation which had started the Probation Service in the second decade of the 20th century eventually  becoming Rainer. Then there was a merger with Crime Concern, the charity that had developed much of the thinking around community safety, and Catch 22 was born where young adults were the central focus of the work.

RPS had a strong relationship with various European organisations that had shared the same philosophy back in the mid 19 century. King’s School, Canterbury, led by Rainer, and funded by ESF. In the early 2000s a European conference was held at Kings School, Canterbury, led by Rainer and funded by ESF, focused on young adults. We were very conscious of lagging behind in our thinking on this age group. Many of our European partners had both welfare and criminal justice systems that did not have the rigid dividing line at 18 that the UK had, enabling them to support young adults in those crucial years when, as we know now, they are still developing many of their cognitive skills. There was an important supporter of this conference – no other than Barrow Cadbury Trust. This proved to be the early beginnings of what became T2A in 2008.

One other influence was my time as a board director of the Tavistock Clinic NHS Foundation Trust known for its therapeutic approach to mental health. An adolescent department had been established back in the 1920’s. Adolescence had always been defined by the Tavistock as up to 25 for treatment purposes. They were early adopters of a  psychotherapeutic lens that regarded becoming an adult as a developmental process, something we now have neurological research to back up.

Did you always know you wanted to work in this field?  If so why?

I’ve always been amazed when people say, ‘I have always known I wanted to be X or Y’. How did they know that? I have tended to fall into things without much planning! Getting into university was more luck than judgment and doing sociology at London was more to do with not having a modern language O level than much else. And what did one do with a sociology degree in those days – became a social worker to change the world!

So, no I did not have a plan although some fairly turbulent teenage years might have led me to respect and empathise with the young people I have worked with over the years. The difference for me was having a strong loving family and a good education.

Going up the management ladder in social services there were some good role models who encouraged me. There were also those moments when I realised that I could do jobs as well if not better than my colleagues (mainly male!) who were going for the promotions.

What was the situation like at T2A when you joined? I.e. what was going on politically and policy wise and in the VCS criminal justice sector?

It is a trip down memory lane to look back at my early Alliance meeting notes. Take December 2012 – Chris Grayling was promoting ‘swift and sure justice’, the government said all community orders had to include a ‘punitive element’ and austerity was starting to bite. On a more positive note, Sadiq Khan then shadow justice minister spoke at the YJB convention saying he wanted to look at the merits and cost of the youth offending services having an 18+ remit. The ‘what if’ approach to history!

At T2A we launched the T2A Pathway which has acted as the backbone of the work and I think is still worth using as a reference point.

For the VCS austerity hadn’t quite hit. The Big Society ideology saved them for a while but as cuts hit local authorities the knock on to voluntary organisations really started to bite. Social Impact Bonds were all the rage.

It was wonderful to be working with an organisation such at BCT that committed their investments for the long term and believed so strongly in the voluntary sector. That really gave meaning and succour to the Alliance, I think.

What do you feel has been the greatest achievement of T2A in your time as chair?

Can chairs ever claim achievements? I like to think that in the early days the many discussions/debates with Max Rutherford, (the former CJ Programme Manager at BCT), helped with the thinking that went into the T2A programme. I like to think I fronted some of the public facing events well – party conference sessions, conference chairing, speaking to the Select Committee, meetings with ministers and officials. And of course chairing the Alliance meetings – making people feel welcome, asking reasonable questions when needed, thanking guests, trying to politely curtail some lengthy interventions, reading the moods of the meeting and finishing on time. I’m only sad that face to face meetings didn’t return on my watch. But who knows they might never!

What do you think the future holds for the treatment of young adults in the CJS?

A Conservative MP told me recently not to be too pessimistic about the way things are going. A bit difficult given recent legislation, the massive cuts and yet more structural change as well as an underlying lack of care for the young adults we work with especially those from diverse backgrounds whose treatment by the CJS is shaming.

I think the MP said what he did knowing that ‘things change’ especially in politics, so one can only hope. And despite the politics there are many good things happening – the T2A message has never been stronger and heard by so many people. To make lasting and embedded change we need to make it conceivable that young adults in the CJS and all policy areas are seen as a distinct group with specific requirements. And that doing so makes economic as well as moral sense.

Finally, what do you think you’ll miss most about being chair of T2A?

Being a part of something so right – T2A is a coherent set of policy thinking and policy ambition, backed by research and evidence backed practice.