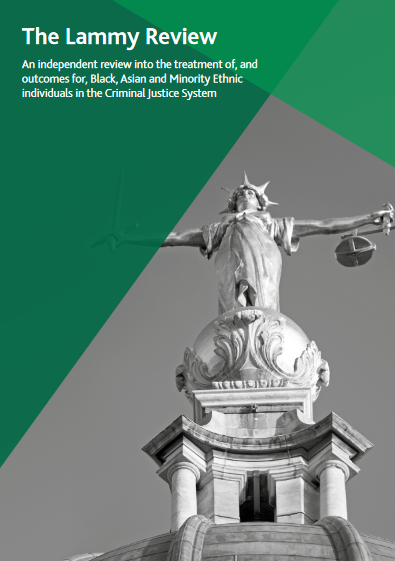 Over the party conference season Clinks held two roundtable events at both Labour and Conservative Conferences, supported by Barrow Cadbury Fund, to discuss the Review’s findings and recommendations. This blog is the first in a series of blogs following on from those events. Each week an attendee at one of the roundtables will write about their reflections on the review and what they plan to do in response to it. Keep an eye out for future blogs from David Lammy MP, Kate Green MP, Shaun Bailey AM, and PCC Paddy Tipping amongst others.

What did we hear?

David Lammy MP spoke at both roundtable events. At the Labour conference he was joined by the Shadow Secretary of State for Justice Richard Burgon MP, and at the Conservative conference Sam Gymiah MP, Minister for Prisons and Probation. Members of Parliament, Police and Crime Commissioners (PCCs) and voluntary sector organisations from across the country attended both meetings.

Discussion at both events was lively and interesting with real commitment across politicians and the voluntary sector to undertake action to finally redress racial disproportionality in the criminal justice system. Police and Crime Commissioners highlighted the role they can play in instigating local action.

What can the voluntary sector can do to support Lammy’s recommendations? Discussion of the importance of BAME organisations, which are rooted in the lived experience of the people they are working with, contrasted starkly with the finding from Clinks latest state of the sector survey which found that these organisations are 30% more likely to be at risk of closure. So the fact that the Review draws attention to probation supply chains failing to tap into the expertise of BAME voluntary sector organisations was welcomed.

There was also recognition from larger voluntary sector organisations around the table that they must also play their part in ensuring that government now acts on David Lammy’s recommendations and make sure they lead by example within their own work.

According to the Review data is not consistently collected across the system and David Lammy’s recommendations on this, as well as those aimed at ensuring that data is properly understood and acted upon, were welcomed.

Both events raised the glaring disproportionality in the youth justice system and the potential for diversion schemes such as deferred prosecution, currently being piloted in West Midlands and Durham, also highlighted by the Review.

Participants welcomed the Review’s recognition of the multifaceted nature of the BAME category and the specific needs of particular groups within it, such as Gypsy, Traveller and Roma people or people of Muslim faith. The Review’s exploration of how being from a BAME background and in contact with the criminal justice system intersects with other issues such as gender, complex needs and family links and support was also welcomed.

There was a strong feeling from participants that the Review’s recommendations be considered alongside other Ministry of Justice work including  developing a female offenders strategy and responding to the Farmer Review into support for family links.

The Review’s focus on trust was welcomed, as was the need to remove the ‘us and them’ culture in the criminal justice system by improving the  workforce diversity, alongside a call to ensure that all staff are ‘culturally competent’.

There is of course so much more in David Lammy’s Review, including his recommendations for the courts, prison system and criminal records regime. However, there was a real feeling in the room that this was just the beginning of the conversation.

David Lammy was clear that he is committed to this agenda for the long term. Local and national politicians from both sides of the political divide were keen to continue to engage, discuss and work with voluntary sector partners and others to take action to finally begin to address the poorer outcomes faced by BAME people in our criminal justice system.

Clinks looks forward to publishing the reflections of other attendees at the events over the coming weeks and to working with our members and policy makers, politicians and criminal justice agencies to identify action and good practice that can drive change and improve equality in our criminal justice system.

Read Clinks statement on its findings and recommendations here.  A full briefing on the report will be available soon.