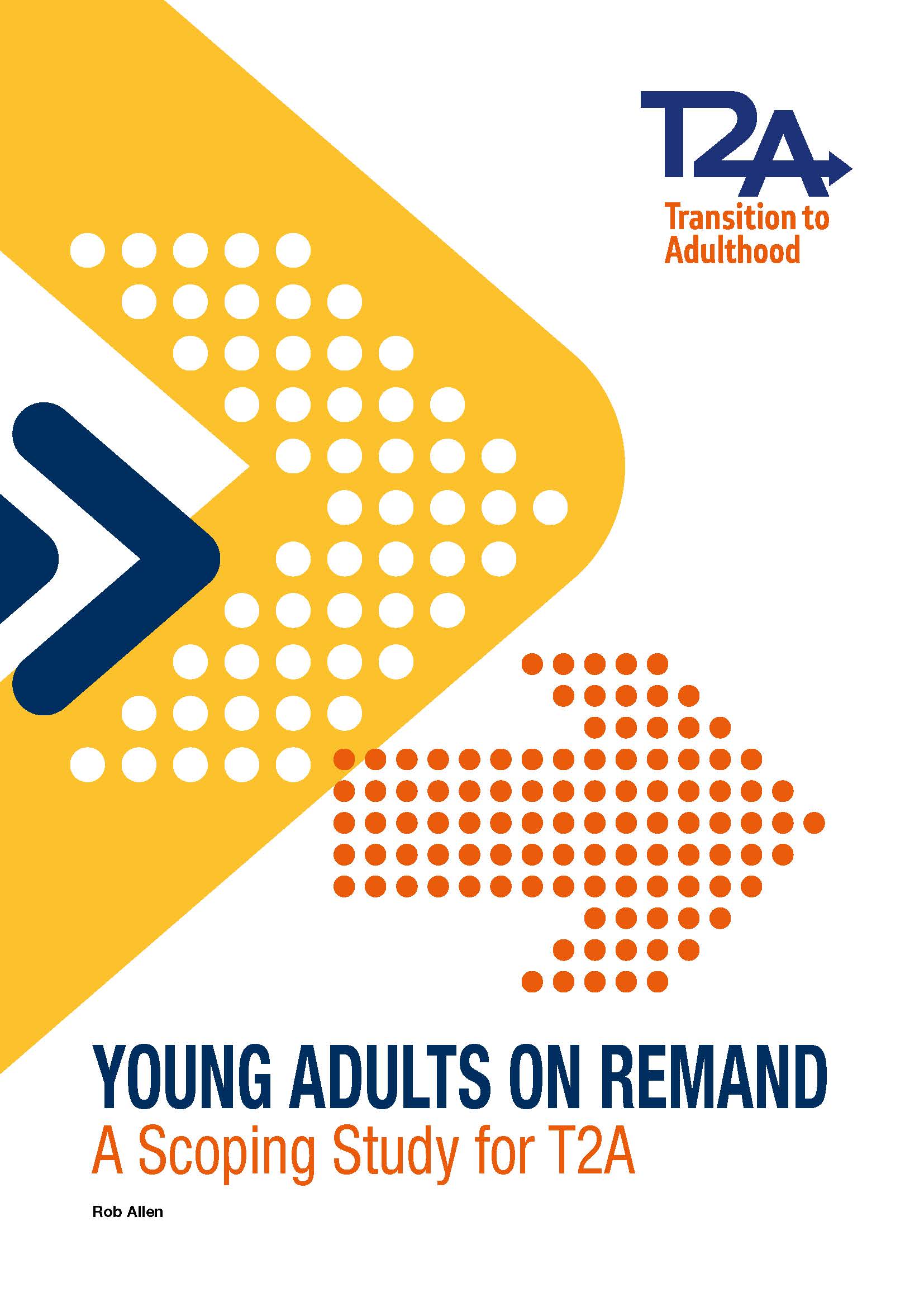 This blog by Rob Allen, the author of ‘Young Adults on Remand’, is cross-posted from the Reforming Prisons blog

Criminal courts should take account of age and lack of maturity when imposing sentences on people between the ages of 18-25. Guidelines say that young adults should be treated less severely when their level of psychological development makes them less responsible for a crime or increases the impact of punishment on them.

But what about the decisions courts make prior to sentence – in particular whether a defendant should be remanded in custody awaiting trial? Should age and maturity be relevant factors here?

A new report I’ve written for the T2A (Transition to Adulthood) argues that more should be done to keep young adults out of pre-trial detention. For one thing a spell in prison on remand can be just as damaging as a prison sentence – sometimes more so. Earlier this month inspectors sharply criticised the treatment of young adults in prison and, separately, argued that increased time spent on remand as a result of court delays will inevitably add to the anxieties and frustrations of individual prisoners of all ages. “A growing, and increasingly-frustrated remand population has the potential to have a serious adverse effect on the stability of prisons”.  The remand population as a whole grew by 24% during 2020.

It’s also the case that defendants should only be remanded to custody if they are likely to receive a prison sentence in the event of conviction. As sentencing guidelines make prison terms less likely for under 25s than over 25s, maturity should be taken into account at the remand stage too. But it seldom is.

As the Sentencing Council has recognised, many young people who offend either stop committing crime, or begin a process of stopping, in their late teens and early twenties. Therefore, a young adult’s previous convictions may not be indicative of a tendency for further offending. This is an important consideration for courts to take into account when considering risk.

Young Adults on Remand finds that – until the pandemic at least – the last ten years have seen a welcome fall in the use of custodial remands. But there is scope for both the CPS and judiciary to incorporate a greater recognition of maturity factors in relevant guidance on remand decision-making for practitioners. Courts in particular should adapt their ways of working to ensure a fairer and distinct approach to young adults at the remand stage.

Magistrates who routinely deal with children in the youth court may place a higher weight on maturity on the occasions when they sit in the adult court. But youth magistrates (about 15% of JPs) may not always be able to persuade their adult court colleagues of its significance. The view that “he’s 18, he’s old enough to know what he’s doing” is still heard.

Pre-trial arrangements are very different for under 18s and today’s report argues that the welcome policy of further restricting the use of custodial remands for children should be extended to young adults. In the shorter term, there is a case too for removing young adults, as well as children, from the remit of the emergency law extending custody time limits during the pandemic.

If custodial remands are to be reduced, sufficient services will be needed to support and supervise young adults on bail, whether from the probation service, local government, NHS or voluntary organisations. And bail information schemes need to ensure that courts are made aware of non-custodial options in individual cases.

The local authority may have continuing responsibilities for young adults who have been in their care and may be able to contribute support which could help secure bail. The report suggests that transferring budgetary responsibility for young adult defendants to a more local level – as is the case for under 18s – could stimulate better provision of community-based measures, including suitable accommodation. Current bail hostel arrangements are inadequate.

The report also recommends that more is done to monitor bail and remand decision-making in respect of young adults to inform efforts both to reduce custodial remands overall and tackle any disproportionate use for black and minority ethnic defendants.

Thanks in large part to the determined and longstanding work of the Barrow Cadbury Trust, recent years have seen a growing consensus that young adults aged 18-25 require a distinct and tailored approach from the justice system. Making the necessary changes to law, policy and practice has been a slow and chequered process. Remands are an area where the pressures of the pandemic could help to accelerate progressive change.