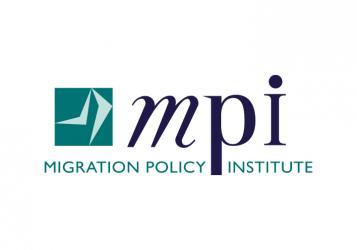 Amid all the confusion surrounding Brexit and whether the United Kingdom was going to crash out without a deal with the European Union, EU Member States went from planning for the future status for their residents who are UK nationals post-Brexit, then switched gears to no-deal scenario preparation and back again after a withdrawal agreement was struck with a transition period through 31 December 2020. Now, the world has been turned upside down by the COVID-19 pandemic.

The citizens’ rights portion of the withdrawal agreement sets out the framework for continued legal residence for EU nationals in the UK and UK citizens in the remaining EU Member States, as well as their families. Governments can, however, unilaterally decide to require EU and UK nationals living on their territory to apply for a new residence status, and in some cases failure to comply by the imposed deadline (30 June 2021 for most states) will result in the loss of lawful immigration status and the associated rights.

The latest Migration Policy Institute Europe research assessing planning for the future of the 4.6 million mobile UK and EU citizens facing uncertain futures finds that progress is stalling on setting up and completing citizens’ residence registration under the withdrawal agreement. Only five countries have opened registration procedures, despite the ticking clock. The UK, home to approximately 3.7 million EU citizens is the furthest along, having rolled out its pilot EU Settlement Scheme in 2019 before scaling it up. But among the 26 EU countries with responsibilities for citizens’ rights (Ireland is exempt because of the Common Travel Area with the United Kingdom), only Italy, Malta and the Netherlands had launched registration schemes before the pandemic began. Luxembourg opened the registration process for UK nationals on 1 July. The pandemic affected residence registration across the board in these countries, albeit to a different extent depending on their reliance on online versus in-person procedures.

“At a time when information outreach and support with the residence registration process should have been stepping up, especially for hard-to-reach groups with limited digital access or literacy, the public-health crisis and its economic aftershocks have shifted priorities and attention away from Brexit”, writes MPI Europe analysts Aliyyah Ahad and Monica Andriescu.

According to the MPI Europe report, governments are in a race against time to finalise their plans by the end of the year to implement the withdrawal agreement at a national level, draft and adopt legislation and guidelines, train officials and conduct outreach to target groups.

What the authors refer to as the “perfect storm of Brexit and public-health crisis” is being most acutely felt by groups with existing vulnerabilities in converting their status post-Brexit: families that have members who are third-country nationals and are separated by international travel restrictions, as well as pensioners with pre-existing medical needs. Yet the pandemic is also making new groups vulnerable, including the newly or precariously employed who may no longer meet conditions of the EU Free Movement Directive.

The brief outlines a number of steps governments can take with time running short to craft implementation plans, including stepping up outreach to affected populations, keeping evidence requirements minimal, enlisting the help of civil society organisations, setting up monitoring mechanisms to track performance and user experience, and helping governments identify and address bottlenecks in real time.

“With the outlook of reaching a trade agreement between the European Union and the United Kingdom looking increasingly grim, it will be all the more vital to provide assurances to mobile Europeans and Britons that their rights under the withdrawal agreement are guaranteed and will be fairly implemented, regardless of the shape of future economic and political relations across the Channel”, the brief concludes.