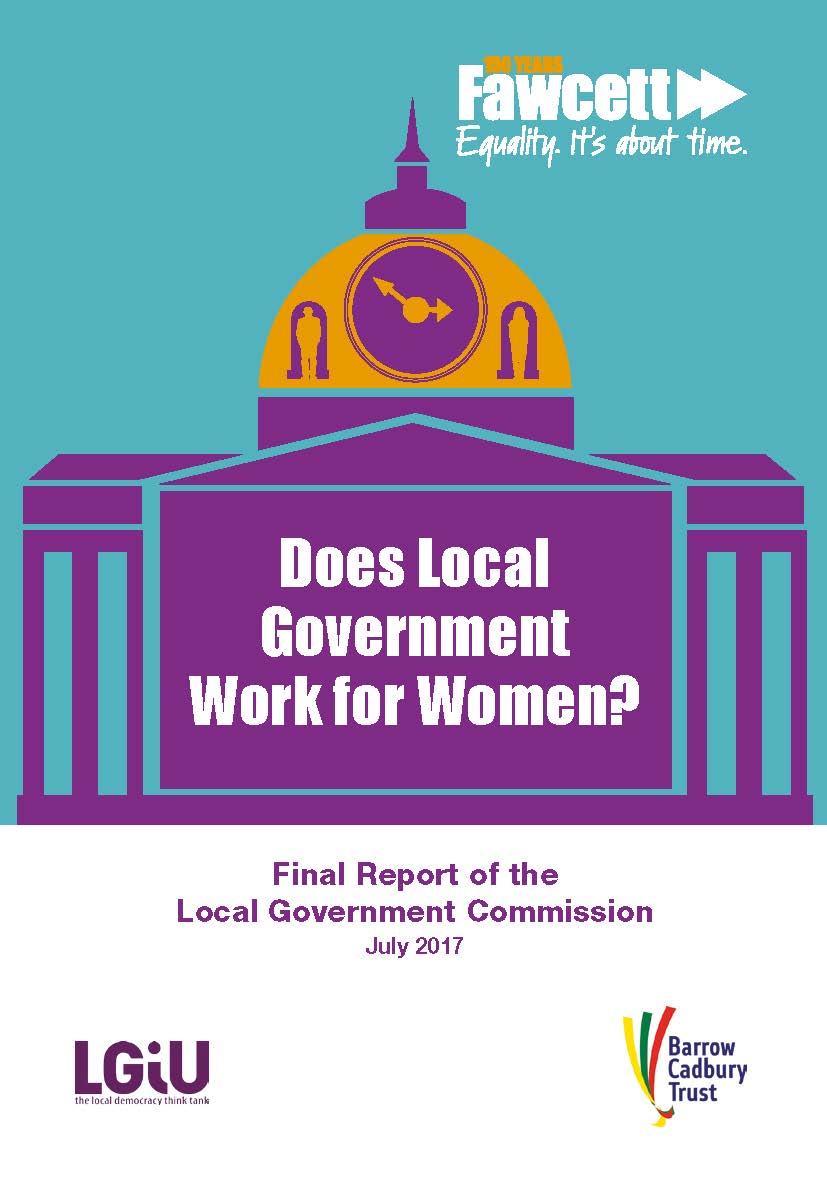 From 2016-17 Barrow Cadbury Trust supported Fawcett society, in partnership with the Local Government information Unit (LGiU), to set up a year-long Local Government Commission to look into the lack of women candidates in local government.  A 2017 report made key recommendations including introducing maternity policies for councillors and council cabinet members, and ensuring all councils have comprehensive support for childcare and adult care costs, amongst many others.

Now new data produced by the Fawcett Society and Democracy Club finds that more than 100 years since some women first won the vote, women’s representation in local government remains stuck in slow gear. Shockingly only 34% of the people running in the local elections on 2nd May were women, up just three percentage points on the last time that these councils went to the polls in 2015. If the slow pace of change over the last two elections is maintained, it will take over 32 years and eight election cycles for women to achieve equality on these councils. The Fawcett Society’s response is to call for political parties to take urgent action by setting targets and establishing a plan for change.

Change for each of the major parties was small. The proportion of Labour’s candidates who are women rose to 40% in 2019 from 37% in 2015, which was also an increase from 32% in 2011, suggesting an improving trend. The Conservative Party saw its proportion of women candidates rise to 30% in 2019 from 26% in 2015 – but in 2011, women made up 29% of their candidates. The Liberal Democrats saw no change, with 33% women in 2011 and 2019, and 32% in 2015. The story for smaller parties is varied. The Green Party had 44% women, while UKIP had just
20%. Among the 2,686 independent candidates this year, which includes the Pirate Party and Church of the Militant Elvis as well as established independent councillors and residents’ groups who control a number of councils, 28% of candidates are women. Sam Smethers, Fawcett Society Chief Executive, said:

“This lack of progress is shocking and puts councils squarely behind the times. We can’t wait more than three decades for women to play an equal part in local government. “National attention may be focussed on Brexit, but without women on our councils, vital issues like care for older people, planning decisions, and council tax will continue to be decided by men. With 80% of seats going to incumbents in previous elections, the space for change is limited. All of the parties need to set out their plan of action to change this – now.”

After 8,410 councillors were elected in the biggest local elections for four years, Fawcett found that:

The report makes a number of recommendations to the Government, political parties, and local councils which would drive change. To get more women in to the roles, the Commission calls for all parties for the first time to set targets for getting more women councillors in, and make it a legal requirement to get 45 percent women candidates if they don’t make progress.